"We signed around 50 agreements with Greece at two council meetings in 2010 and 2012, compared to only 32 signed during the 87 years since the foundation of the republic," Turkish PM Ahmet Davutoglu said. 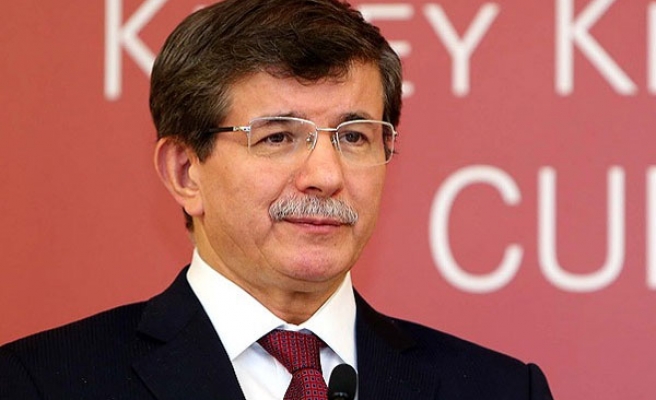 Turkey has emerged relatively unscrathed from the global recession thanks to its regional economic and foreign policies, Prime Minister Ahmet Davutoglu said.

"If Turkey could withstand the recession and tremors in the European financial system, it owes this success to the alternative regional policies it formulated as much as to its healthy financial system," Davutoglu said on Monday in a speech to the World Economic Forum in Istanbul.

Davutoglu said Turkey looked to the Balkans, the Caucasus, the Middle East and Central Asia as markets in the West contracted, focusing on principles based on political dialogue, security, economic interdependence and political culture.

He claimed this strategy, introduced in 2009, paved the way for Turkey to turn away from recession-hit Europe and concentrate on expanding into other countries.

As part of this initiative, Turkey fostered relations with 17 countries including Russia, Bulgaria, Azerbaijan and Egypt, enabling a four- to five-fold increase in economic cooperation over the last five years.

"We signed around 50 agreements with Greece at two council meetings in 2010 and 2012, compared to only 32 signed during the 87 years since the foundation of the republic," Davutoglu said.

The premier said Turkey’s visa policy, based on eliminating visa requirements with as many countries as possible, played a key role in surviving the economic crisis.

“Labor is Turkey's main economic power so we mutually abolished visas with 30 more countries during my term as foreign minister."

Davutoglu also said Turkey established “trilateral mechanisms” such as the one between Turkey, Azerbaijan and Georgia that connects the Balkans to the Caucasus through transport and energy policies such as the Trans Anatolian Pipeline Project.

He also emphasized Turkey's initiatives in Africa and Latin America, saying the number of Turkish embassies in Africa rose from 12 to 37. Turkey now ranks the seventh for its diplomatic missions, which rose from 162 to 224 over five years.

He said: "Why did we need to expand more while global economic politics is shrinking? Because you cannot defeat a crisis by getting caught up in it. You must get out, look from outside and manage the crisis accordingly."