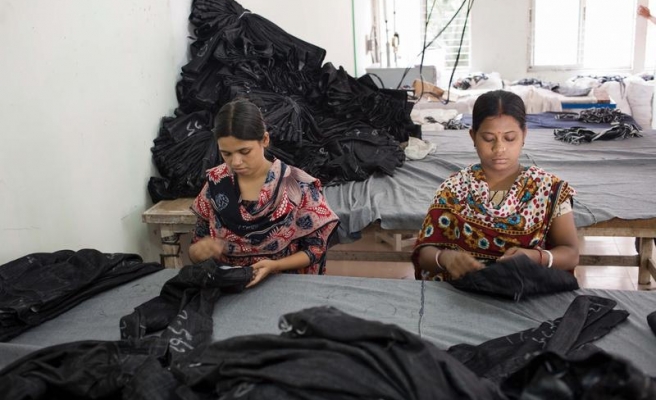 A dozen retailers and clothing brands are meeting in Geneva to discuss providing compensation to the victims of the Rana Plaza and Tazreen factory disasters in Bangladesh, although several companies were noticeable by their absence.

The talks, chaired by the International Labour Organisation in Geneva, are aimed at setting up funds to compensate the victims of both the Rana Plaza disaster in April, when an eight-storey building collapsed, killing 1,129 people, and the fire at the Tazreen factory in November 2012 that killed 112 workers.

The collapse of Rana Plaza, a factory built on swampy ground some 20 miles outside Dhaka, ranks among the world's worst industrial accidents and has galvanised brands to look more closely at trying to improve safety standards at suppliers.

About 3.6 million people work in Bangladesh's clothing industry, making it the world's second-largest clothing exporter behind China, but some of the workforce, which is mostly female, earn as little as $38 a month.

Garment exports in the last financial year which ended in June were up 13 percent at $21.5 billion, with 60 percent of the clothes going to Europe and 23 percent to the United States, according to the country's Export Promotion Bureau.

"The families and the injured have already waited far too long," said Monika Kemperle, assistant general secretary of the IndustriALL international trade union federation that is coordinating the talks.

"Companies who are serious about conditions in their Bangladeshi production chain can send a clear sign of their sincerity at these meetings," she said in a statement.

IndustriALL is seeking a deal on a long-term fund for Rana Plaza worth more than 54 million euros ($71.8 million), with 45 percent to be contributed by brands. It plans a statement on the outcome of the talks later on Thursday.

The companies expected to attend included Zara-owner Inditex , the Primark discount chain owned by Associated British Foods, Canada's Loblaw Cos Ltd and European retailer C&A, according to the Clean Clothes Campaign, a group which has led the drive for compensation and is involved in the talks.

However, Inditex later said it was not attending as it was not supplied by either the Tazreen or Rana Plaza factories.

The other firms the Clean Clothes Campaign said it expected to be at the talks are Bonmarche, Matalan and Store Twenty One from Britain, Germany's Karl Rieker and KiK, Camaieu of France, Mascot of Denmark and Spanish department store chain El Corte Ingles.

But some retailers have attracted attention for staying away, including Wal-Mart, which sourced garments from the factory hit by the fire, as well as Italian clothing retailer Benetton and Spanish fashion chain Mango.

Benetton's chief executive Baigio Chiarolanza said many companies had not joined the Geneva talks due to a "lack of clarity" around objectives and a lack of involvement by several key stakeholders, without elaborating.

"We decided to focus our efforts and resources in working directly with those affected by the Rana Plaza disaster and their families so that we can provide them with concrete help while they need it the most," he said in a statement.

Mango did not attend because it did not have commercial relations with factories at Rana Plaza, a spokeswoman said, although the company has said it ordered test samples from one supplier in the building.

No one at Wal-Mart was immediately available to comment.

Since the disasters, Wal-Mart has focused on providing loans to improve factories rather than compensation, joining a North American safety group that is separate from a European-led group which includes a larger number of retailers and union groups.

The North American plan has been criticised by groups like IndustriALL that think the European-led deal is stronger, as it uses a binding arbitration process that will be enforceable in the courts of the country where a company is domiciled.

IndustriALL said the compensation plan it was working on was based on a scheme it developed following other factory accidents that takes into account loss of earnings, pain and suffering, as well as medical costs, funderal costs and other family expenses.

C&A, KiK and El Corte Ingles already agreed in April to contribute to a $5.7 million fund for the victims of the Tazreen fire, but were discussing details of that plan in Geneva.