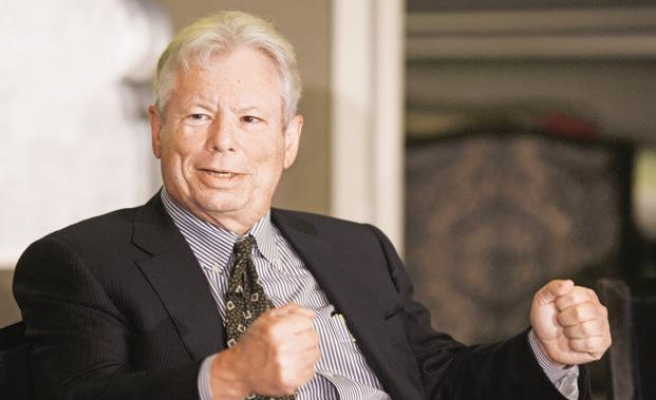 U.S. economist Richard Thaler has won the 2017 Nobel Economics Prize "for his contributions to behavioral economics," the Royal Swedish Academy of Sciences said on Monday.

The University of Chicago professor has "incorporated psychologically realistic assumptions into analyses of economic decision-making," the academy said.

The findings and theoretical insights of Thaler, 72, "have been instrumental in creating the new and rapidly expanding field of behavioural economics, which has had a profound impact on many areas of economic research and policy".

On his plans for the money, the Nobel Prize Twitter account quoted him as saying: “I will try to spend it as irrationally as possible!”

The Nobel prize in economics, formally called the Sveriges Riksbank Prize in Economic Sciences in Memory of Alfred Nobel, was established in 1968.

Last year, Oliver Hart from Harvard University and Bengt Holmstrom from the Massachusetts Institute of Technology were awarded "for their contributions to contract theory."