British police said they had arrested a 31-year-old man on suspicion of fraud. 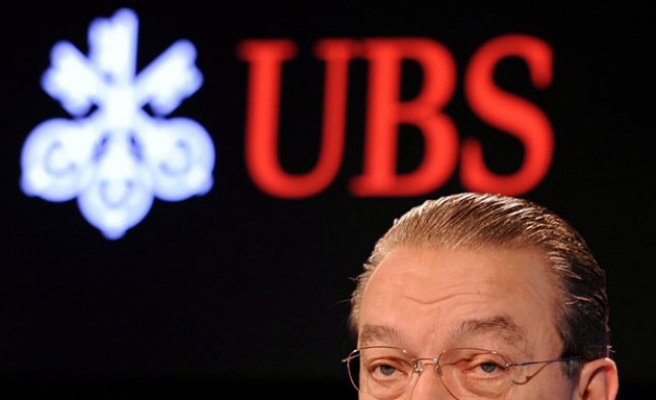 Swiss bank UBS said a trader had lost it around $2 billion in unauthorised deals, and police in London arrested a man in connection with the case.

UBS would not comment on a Financial Times report on Thursday naming the man as Kweku Adoboli -- a director of ETF and Delta 1 trading in the bank's London office, according to his profile on networking site LinkedIn.

British police said they had arrested a 31-year-old man on suspicion of fraud. Swiss newspaper NZZ cited UBS as saying the trader worked in its London equities division.

"I can confirm that an employee of the bank was arrested in London in connection with the statement," a UBS spokesman said.

UBS said it might post a third-quarter loss after the rogue trades, a huge blow as it struggles to rebuild its credibility after years of crises.

The loss threatens the future of UBS's investment bank, which is being reviewed by chief executive Oswald Gruebel as part of a wide-ranging restructuring following heavy losses in the credit crisis and a damaging scandal over bankers helping rich U.S. clients dodge taxes.

UBS, which said no client positions were affected, is scheduled to hold an investor day on Nov. 17 at which it was expected to announce major restructuring of the investment bank.

"The matter is still being investigated, but UBS's current estimate of the loss on the trades is in the range of $2 billion," the bank said in a statement.

UBS employed almost 18,000 people in its investment bank at the end of June, most of them outside Switzerland, particularly in London and the United States.

"(This) is a staggering demonstration that all the clever systems that the banks now have, especially after the financial crisis, still cannot stop a determined individual getting round them if they want to," said Chris Roebuck, Visiting Professor at Cass Business School in London.

"It will yet again confirm to the majority of shareholders who are Swiss that investment banking is not 'proper' banking, as private banking is."

Any losses in its investment bank risk scaring UBS's rich clients and prompting a further flight from its huge private bank, the core of its business.

"This loss has the scope to have a material impact on the perception of UBS's private bank, impacting its future operating trends," Goldman Sachs analysts Jernei Omahen and Peter Skoog said in a note.

"Today's announcement therefore adds to the long list of arguments (and pressure) for a substantially smaller investment bank."

The last similar case was when Jerome Kerviel, then a trader at Societe Generale , racked up a $6.7 billion loss in unauthorised deals revealed in 2008. Kerviel was sentenced to three years in prison in October 2010.

"It is amazing that this is still possible," said ZKB trading analyst Claude Zehnder. "They obviously have a problem with risk management. Even when the amount isn't so high, it is once more a loss of confidence that casts UBS in a poor light."

"With this they are losing a lot of credit that they had regained with effort," he added.

Switzerland's financial markets regulator FINMA said it had been informed of the case and was in close contact with UBS.

The bank has in the past two years tried to rebuild the investment bank that nearly felled it during the financial crisis. It needed a state bailout after heavy losses on U.S. subprime mortgage-related securities.

Under Gruebel and investment bank boss Carsten Kengeter -- themselves both once traders -- it hired hundreds of traders in a bid to boost its bond business.

Several analysts said the incident made it more likely Kengeter would be in the firing line, while Gruebel could step down sooner rather than later.

"Gruebel saved the bank from destruction, so his main job is done. It is only a matter of time before he steps down. If it means he leaves a little sooner, it does not change a lot. But the investment bank is a bit of a disaster, and the knives will be out for Kengeter," said Peter Thorne, analyst at Helvea.

Another analyst who declined to be named said: "Some important heads are going to have to roll, and some are saying that after a series of missteps with the IB, Kengeter himself will have to go."

Former Bundesbank head Axel Weber is due to join the UBS board in May and take over as chairman in 2013.

UBS had started to see client confidence return this year after it had to be rescued by the Swiss state in 2008 following massive losses on toxic assets held by its investment bank.

UBS said last month it was to axe 3,500 jobs to shave 2 billion Swiss francs ($2.3 billion) off annual costs as it joins rivals in reversing a post-crisis hiring binge and preparing for a tough few years.