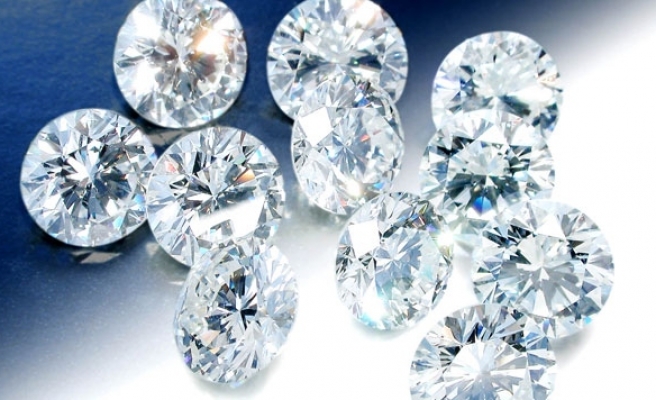 Diamond producer De Beers expects global demand growth for rough diamonds to set a new record this year on the exceptionally strong performance of its key U.S. market and robust demand in China and India, the head of the company's distribution arm said.

Despite global volatility and concerns that the global economy is sliding toward another financial crisis, demand for diamonds was unlikely to be badly impacted because of its safe-haven appeal, Diamond Trading Co (DTC) Chief Executive Varda Shine told Reuters in an interview on Monday.

"Taking the United States, China and India, and the Gulf, which is growing very nicely, we believe this year's demand is going to grow by probably the highest number since we started recording," Shine said during a visit to Hong Kong, without giving a specific forecast.

The diamond miner, which controls about 40 percent of the market for rough or unpolished diamonds, forecast growth for the U.S. market at about 8-9 percent for the full year, exceeding a previous forecast of 7 percent.

While prices for rough diamonds softened in August after rising to well above 2008 pre-crisis levels in July, Shine said August was typically a quiet month due to the holiday period.

"Yes there is nervousness out there but I don't think diamonds are necessarily going to do badly out of that," the London based Shine said, adding that with investors shunning government bonds and banking shares, diamonds and gold were providing solid diversification options.

Diamonds have been one of the best performing commodities this year, with rough diamond prices boosted by a dearth of new mines, low inventories at cutting centers and increasing demand.

Shine said prices were likely to continue rising due to the constrained supply situation and voracious appetite from China and India, where she expects double digit growth to be easily sustained.

"In the next few years we won't see as aggressive price growth as we have seen in the last two years, but we still believe that prices are going to continue growing over the next 5-10 years," she said.

Along with the rest of the sector, the company suffered during the global recession as consumers shied away from luxury goods, forcing it to temporarily close mines in the early part of 2009.

De Beers, which vies for the spot of the world's largest diamond producer in carat terms with Russian state-owned miner Alrosa, is looking to the rising spending power of China and India's young populations as the main engines of growth.

The De Beers group last week announced a new 10-year contract for the sorting, vaulting and sales of the diamond production of Debswana, its joint venture with the government of Botswana. This will involve the diamond producer transferring its London based rough diamond sales operations to the Southern African nation by the end of 2013.

Shine said the move was to help the Botswana government expand the African country's skill set and create a sustainable industry that does not rely solely on diamond mining.

De Beers production of rough diamonds is likely to be 35-36 million carats this year while it expects to sell around 38 million carats, Shine said.