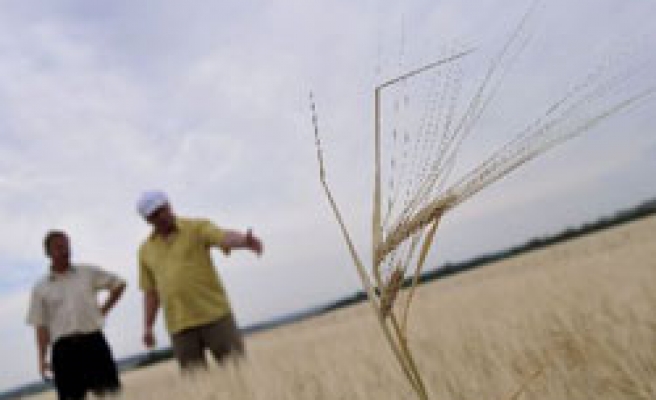 While markets have focused intently on Russia, concerns have also started to creep on in the fate of crops in world number 4 exporter Australia, with wheat in a key state under threat from dry conditions.

The Russian Grain Union cut its 2010 grain crop forecast to between 72 million and 78 million tonnes from 81.5 million-85 million tonnes previously as a severe drought continued to advance in key producing regions.

Arkady Zlochevsky, president of the lobby group, also told reporters the union expected Russia to export between 11 million and 19.5 million tonnes of grain, compared with a previous estimate of some 20 million tonnes in the current crop year.

"What we really want to get a grasp on is how much production has been lost, particularly in that Russian and FSU (former Soviet Union) region to figure out what will be the impact on trade and the current rally that we have seen," said Luke Mathews, a commodity strategist at Commonwealth Bank of Australia.

Russia has ploughed capital into its grains infrastructure as part of a longer term strategy to dominate international wheat markets and a recent Egyptian tender has confirmed that Russian milling wheat remains competitive on regional markets.

Meanwhile wheat crops in Western Australia, the country's top exporting state were also under threat from dry weather but favourable conditions elsewhere could make up for any crop loss, analysts said.

Any indication that the crop in Australia, the world's fourth largest wheat exporting nation, is endangered could put further pressure on world market prices.

Last week, SovEcon said the drought might cut the Russian grain production even further -- to less than 70 million tonnes.

Fear of Russian and other Black Sea defaults on key deals to to major destinations including the number one wheat importer Egypt due to the drought has dominated talk in markets as other origins such as the United States look to step into the breech.

Russian state grain trader United Grain Company (UGC) on Monday denied that it had defaulted on wheat shipments to Egypt.

UGC said Egyptian grain trader Venus claimed damages based on a contract to ship 60,000 tonnes of wheat after a June 26 tender which the Russian company had not signed.

"The Russian company has not signed a contract with Venus International to supply 60,000 tonnes of wheat to Egypt," UGC said in a statement.

A spokesman for Venus could not be immediately reached for comment.