Russia moves to take control of oil firm from billionaire

A Moscow court ordered the seizure of Sistema's stake in Bashneft a day after a judge refused to release Yevtushenkov, who is under house arrest on suspicion of money laundering 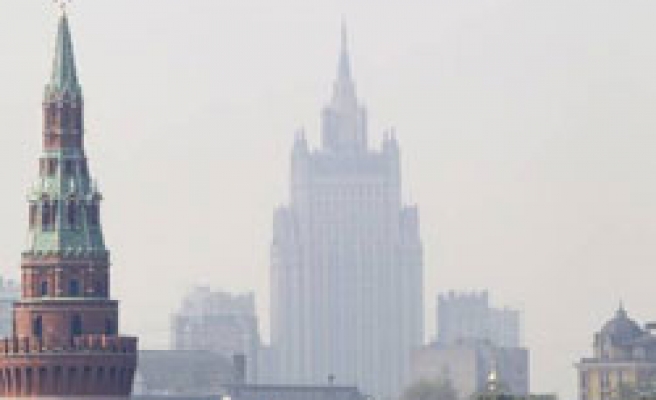 Russia moved to wrest control of an oil company from oligarch Vladimir Yevtushenkov on Friday, seizing his conglomerate Sistema's shares in the firm and deepening investors' fears the Kremlin wants to reclaim prized state assets.

A Moscow court ordered the seizure of Sistema's stake in Bashneft a day after a judge refused to release Yevtushenkov, who is under house arrest on suspicion of money laundering during the oil firm's acquisition.

Shares in both companies tumbled, with Sistema's stock now down by more than 50 percent since Yevtushenkov was placed under house arrest on Sept. 16.

The case has raised fears among investors that President Vladimir Putin wants to increase intervention in the economy as Russia tries to cope with Western sanctions imposed over the Ukraine crisis.

Although Yevtushenkov has kept out of politics, the case has drawn comparisons with the fate of Mikhail Khodorkovsky, the former chief executive of the Yukos oil firm who was jailed on fraud and tax evasion charges a decade ago after falling out with Putin.

"They (officials) are telling themselves, to ease their conscience, that they are doing a high-minded thing by returning it to state ownership," Sergei Petrov, an opposition deputy, told Reuters this week. "The channel is already known, the method has been tested ... as it was last time with Yukos."

Khodorkovsky was freed last year but Yukos, which was once worth $40 billion, was broken up and nationalised with most of its assets eventually handed to Rosneft, an energy giant run by a Putin ally.

Sistema acquired an almost 80 percent stake in Bashneft from local authorities in the Ural mountains region of Bashkortostan for $2.5 billion in 2009 and the oil company is now Russia's sixth-largest by production.

The deal is being challenged by the Russian prosecutor general's office, which said it had uncovered "significant violations" of the law and was acting to end the "illegal possession" of Bashneft and restore it to federal ownership.

It said the Moscow arbitration court had granted its request to seize the shares as an interim measure and the court said it would hold a hearing on the lawsuit on Oct. 9.

Sistema, which has been unable to deal in its Bashneft shares for months because of a related investigation, denies the accusations against Yevtushenkov. It said on Friday it was trying to clarify the situation and Bashneft declined comment.

Asked about the plans to return Bashneft to federal ownership, Economy Minister Alexei Ulyukayev was quoted by RIA news agency as saying: "I don't understand such a decision."

He said earlier that Yevtushenkov's arrest was hurting Russia's business climate and could spur capital flight.

Russia's problems were compounded by investors' concerns about frayed relations with Ukraine, with the rouble hitting a fresh all-time low against the dollar at 39.

Meanwhile, fears that Russia could demand immediate repayment of a $3 billion debt owed by Ukraine hit Kiev, pushing up the cost of insuring some Ukrainian debt to seven-month highs.

Yevtushenkov, 66, never seemed the sort of person likely to become a target of such intrigue. He had no apparent political ambitions of his own, and built up his telecoms-to-oil empire quietly from the 1990s onwards.

Sistema groups 15 business sectors ranging from oil to Detsky Mir, a retailer of toys and children's clothes, and Yevtushenkov became known in the business community for running an efficient, if unwieldy, conglomerate.

Putin has propagated "state capitalism" in his third term as president, which began in 2012, pushing for wider government control over important sectors of the economy such as energy, which contributes about half of federal budget revenues.

"It has always been clear that the rules of the game are quite different in the energy sector to that of the broader economy. The state wants to dominate the energy sector, and we've known for quite some time that Rosneft has been looking at Bashneft," said Chris Weafer at Macro Advisory in Moscow.

He added that the pursuit was probably prompted by the 2010 award of a licence to develop one of the biggest known onshore deposits in Russia to Bashneft.

"Bashneft surprised everybody by getting the licence for the Trebs and Titov oil fields when it was obvious that Rosneft wanted that licence and saw it as its right to acquire all future oil development licences," said Weafer.

Rosneft has denied it plans to buy Bashneft, despite widespread media reports that it wants to do so.