Russia puts losses from sanctions, cheaper oil at up to $140 bln/year 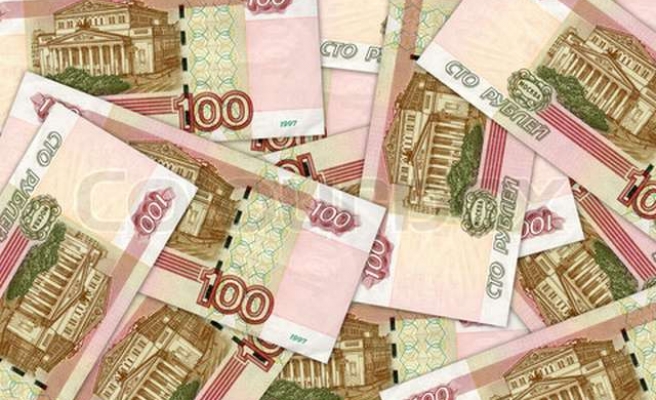 Lower oil prices and Western financial sanctions imposed over the Ukraine crisis will cost Russia around $130-140 billion a year - equivalent to around 7 percent of its economy - Finance Minister Anton Siluanov said on Monday.

His comments are the latest acknowledgement by Russian policymakers that sanctions restricting borrowing abroad by major Russian companies are imposing heavy economic costs. But in Siluanov's view, the fall in oil prices is the bigger worry.

"We're losing around $40 billion a year because of geopolitical sanctions, and about $90 billion to $100 billion from oil prices falling by 30 percent," he told a news conference.

"The main issue that affects the budget and economy and financial system, this is the price of oil and the fall in monetary flows from the sale of energy resources."

Official forecasts suggest Russia's gross domestic product is likely to be around $1.9-2.0 trillion this year, at average exchange rates.

Siluanov's estimate of the cost of lower oil prices is in line with analysts' rule of thumb that each $1 fall in the oil price lops around $3 billion off export earnings. The oil price has slumped from nearly $115 per barrel in June to around $80 now.

Oil and gas account for around two-thirds of Russia's exports, making the balance of payments highly vulnerable to oil price falls.

Natalia Orlova, chief economist at Alfa Bank, said the $90-100 billion estimate did not take into account the effect of the weakness of the rouble, partly caused by the fall in the oil price, which would help to compensate the loss by boosting exports and curtailing imports.

The rouble has lost 25 percent of its value against the dollar since June, and Orlova said the net impact of lower oil prices on the economy would be around $40 billion.

But when it comes to the cost of sanctions, Siluanov's estimate of $40 billion may be conservative, based on the direct cost to companies unable to borrow abroad rather than the overall impact on investor behaviour.

Other analysts have arrived at gloomier estimates, taking into account the indirect cost of sanctions and overall East-West tensions linked to Ukraine.

In its latest monetary strategy, the central bank forecast that net capital outflow this year would be $128 billion, more than double the $61 billion seen in 2013, as a result of "the events in Ukraine and the introduction of sanctions".

Last week, influential former finance minister Alexei Kudrin said the impact of "formal and informal" sanctions on the rouble - and by implication the wider economy - was comparable to the impact of lower oil prices, and that foreign investor confidence would take seven to 10 years to recover.

Putin said earlier Western sanctions against Moscow, combined with the slide in the rouble and oil price falls would have no "catastrophic consequences" on Russia's economy.

"If the price of energy is lowered on purpose, this also hits those who introduce those limits," Putin said, adding that major producers such as the United States and Saudi Arabia could be in cahoots to lower prices and harm the Russian economy.

He said big supply, which he blamed for the price fall, came from the U.S. shale fields, Libya and Saudi Arabia, as well as from Iraq, including what he said were black market sales by ISIL militants who hold swathes of that country.

But he struck a defiant tone on possible consequences for the Russian stagnant economy.

"It's far from certain that sanctions, sharp falls in the oil price (and) the depreciation of the national currency will cause negative effects or catastrophic consequences only for us. No such thing will happen!"