The head of the Organization of Islamic Cooperation Ekmeleddin Ihsanoglu has secured a business deal with Russia, after meeting with the Russian foreign minister Sergey Lavrov in Moscow. 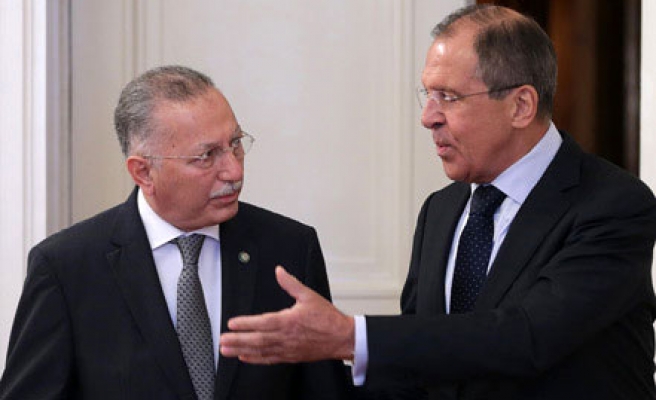 Ekmeleddin Ihsanoglu, the General Secretary of the Organization of Islamic Cooperation, has signed a deal with Russian Foreign Minister Sergey Lavrov during his trip to Moscow.

Russian Foreign Minister Lavrov said the deal was signed in the spirit of ‘harmony between religions’ and ‘the common moral values shared by all faiths.’ He also said that the deal will bring mutual benefits in the future.

Reaffirming their partnership, Lavrov said ‘the OIC is our partner in combating global terrorism, working on the economy and in international affairs.’ Lavrov later presented Ihsanoglu with a medal in thanks to his contributions to international trade.

Commenting on the deal, Ihsanoglu said ‘Today we are signing a deal with the Russian Federation. This indicates the institutionalization of our relationship, as well as our increased cooperation in political and economic fields.’ He also touched on the topic of Syria and his support for the Geneva conference.

After Ihsanoglu gave an inspiring speech in his last visit to Russia in 2003, the Russian Federation later joined the OIC in 2005.

The OIC is due in Kazan, the capital of the Republic of Tatarstan, for an economic conference tomorrow.