Russian gas monopoly in Lithuania is over: President 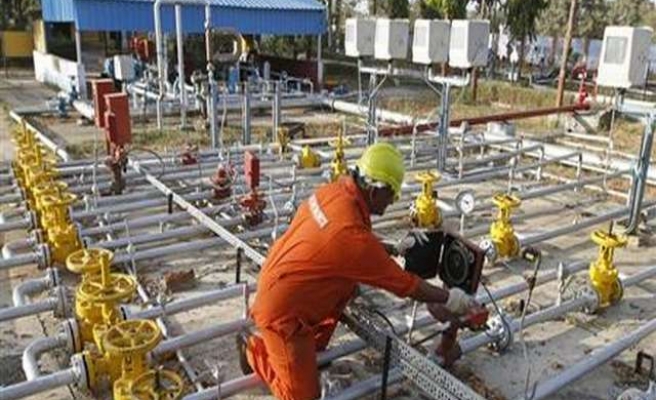 The Russian gas monopoly in Lithuania is over with the opening of the liquefied natural gas terminal in Lithuania’s third city of Klaipeda, said Dalia Grybauskaite, the President of Lithuania.

In an interview with The Anadolu Agency in Lithuanian capital Vilnius, Grybauskaite said that Lithuania’s energy independence is becoming a reality. It has moved from energy isolation to full participation in the international gas market. This ensures a secure supply of natural gas not only for Lithuania but, if necessary, to other Baltic States as well.

Grybauskaite also spoke on the country's progress in diversifying its energy resources. She explained that electricity links between Sweden and Lithuania and between Poland and Lithuania will be completed by the end of 2015.

Through these links, she said that for the first time Lithuania will be connected with continental European and Scandinavian electricity systems. In 2015, Lithuania also expects to see an increase in the use of biomass for municipal heating purposes.

"As our energy sources become more diverse, our energy security gets stronger. Lithuania has consistently worked to de-politicize energy supplies and eliminate geopolitical pressures as much as possible. Today we see the results," she stressed.

"The time of 'big brothers' is over"

In response to a question on Lithuania's leadership in the Baltic region which includes Lithuania, Latvia and Estonia who are members of the EU and NATO, Grybauskaite explained that "the Baltic States' relations are based on principles of equality and democracy. The time of 'big brothers' is over because each country in the Baltics contributes to the security and welfare of the region."

She emphasized that Klaipeda's LNG terminal can cover up to 90 percent of the natural gas needs of all three Baltic States. She further said that Lithuania is ready to provide secure supplies to Latvia and Estonia, if required.

As part of its strategy to have an energy mix, Lithuania is developing a gas infrastructure inside the country and building an interconnection with Poland, which is expected to be completed by 2020.

Grybauskaite said that the LNG terminal will allow Lithuania to buy gas from all around the world, particularly from Norway.

Up until this month when the new LNG terminal became operational, the country was 100 percent dependent on Russia for natural gas. However, Grybauskaite said that she is not against trading with Russia provided the price is fair and competitive and is on similar pricing terms to neighboring countries.