BCG forecasts that Russia's auto market will grow by an average annual rate of six percent through 2020, when it will reach annual sales volume of 4.4 million. 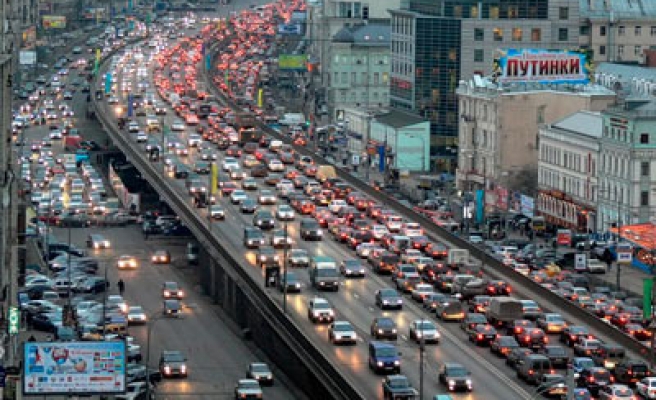 Russia's auto market is on track to overtake Germany and become the largest in Europe - and the fifth biggest globally - by 2020 as car ownership increases, supporting a large local industry, a Boston Consulting Group report said.

There are only 290 cars per 1,000 Russians versus 560 in Western Europe and many of those vehicles are old, while a decade of strong growth driven by Russia's mineral wealth is slowly empowering a greater chunk of its population.

"Fundamentally its an attractive market in terms of cars per thousand inhabitants and therefore we are bullish long-term - but that doesn't mean that every year will be a good year," said Ewald Kreid, one of the authors of the report and a partner at BCG in Vienna.

The report predicts that Russia can follow Brazil and China in transforming itself from a market targeted by foreign exporters, to one with a dominant share of locally-produced vehicles.

BCG forecasts that Russia's auto market will grow by an average annual rate of six percent through 2020, when it will reach annual sales volume of 4.4 million.

The report projects that emerging markets overall will account for 65 percent of global car sales in 2020, more than double the 28 percent for which they accounted in 2000.

Russia was on course to become Europe's biggest market before the 2008 financial crisis hammered the availability of credit and demand.

BCG's forecast for Russia is a bullish prognosis compared with recent figures from the Association of European Business (AEB), which tracks the Russian car market. Data from the AEB showed car sales have fallen for four straight months as Russia's $2.1 trillion economy falters.

The AEB recently cut its full-year forecast to 2.8 million units, which would be a fall of 5 percent, but said it expects government plans to subsidize credit-backed vehicle purchases will boost sales for the remainder of the year.

BCG said its prediction takes into account the current weakening of the market.

A stronger manufacturing sector has long been the missing piece of an economic success story which has made Russia's oligarchs rich but also expanded the gap between the country's haves and have-nots.

The report said both local and international carmakers were expanding, calculating total production capacity would rise to about 3.3 million vehicles per year by 2016, up from 2.3 million in 2012.

But, in a sign that many of Russia's less technologically advanced producers are struggling to compete, last year for the first time more cars made by localized international producers were sold in Russia than either imports or domestic brands.

The report also said that only 20 percent of domestic parts manufacturers were likely to survive by 2016.

While Russia will remain a net importer of vehicles in 2020, exports will also increase, BCG forecast, as during downswings companies are likely to tap exports from Russia to send to other markets.