Deal will be signed during President Putin's visit to Baku.The visit comes before October election in Azerbaijan. 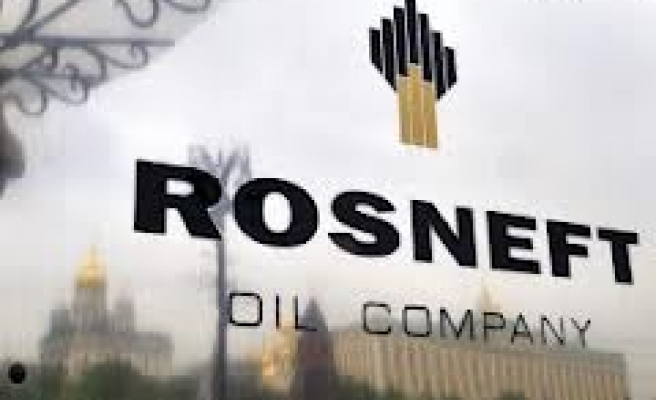 Russia's top crude producer Rosneft will sign a broad oil and gas cooperation agreement with Azerbaijan on Tuesday, industry sources said, the first step towards increasing its presence in a country Europe hopes will help meet its energy demand.

Europe is vying for gas from Azerbaijan, a former Soviet republic seen as a safe alternative to Russiaafter Moscow's "gas wars" with Ukraine disrupted deliveries in 2006 and 2009.

Sources at Azeri state energy company SOCAR and in Russia's Energy Ministry said the agreement would not stipulate details of the cooperation between Rosneft and Azerbaijan, where the oil industry is dominated by Western oil majors such as BP, Statoil and Exxon Mobil.

"An agreement between Rosneft and SOCAR will be signed on Tuesday. Concrete projects will be defined in the next six months," a source at the Azeri state company told Reuters.

The deal will be signed during a visit by Russian President Vladimir Putin to the Azeri capital Baku where he is due to meet his counterpart, Ilham Aliyev.

The deal comes at a time when Rosneft is trying to end an export monopoly on Russian gas by Kremlin-controlled company, Gazprom. Rosneft has teamed up with Exxon Mobil to build a liquefied natural gas producing plant in the Russia's far east later this decade.

Alexei Miller, head of Gazprom and a member of Putin's inner circle, is noticeably absent from the Russian delegation.

Russia has had a limited presence in the Azeri energy industry with only Gazprom buying small amounts of Azeri gas for export in recent years. Russia's No.2 crude producer Lukoil has some interests in Azeri's oil and gas projects.

Putin's visit underlines Russia's growing interest in Azerbaijan which has almost a trillion cubic metres in gas reserves, according to BP data.

Aliyev, who has governed the mainly Muslim country since succeeding his father in 2003, may also hope to portray the visit as a sign of support by Moscow, Baku's former master in Soviet times.

"The deal may pave the way for a breakthrough in energy cooperation between Azerbaijan and Russia. Relations between the two countries have not been that great so far," a source at Russian Energy Ministry said.

Azerbaijan plans to start exporting gas from its Shah Deniz field to Europe in 2019 through the Trans-Adriatic Pipeline (TAP), chosen last month by Azerbaijan and Shah Deniz project operator BP.

Last month, industry sources told Reuters Rosneft was seeking a stake in Azerbaijan's Absheron gas project. The source at SOCAR said "it's not ruled out that Absheron along with other projects will be mentioned in the deal."

SOCAR and French oil company Total each hold 40 percent of the project to develop Absheron, a shallow-water offshore field on the Caspian Sea, under production-sharing agreements. The remainder is held by GDF Suez.

Exploratory drilling by Total showed the field contained 150 billion to 300 billion cubic metres (bcm) of gas resources. The find was declared commercial in 2012.

Azeri officials have said Absheron and other new fields will increase Azeri gas exports in coming years beyond the 10 bcm it has already pledged to Europe and 6 bcm it has pledged to Turkey from the Shah Deniz field 25 km (15 miles) from Absheron.