Unions representing South African state workers are expected to announce on Monday whether they will accept a government wage offer they previously rejected. 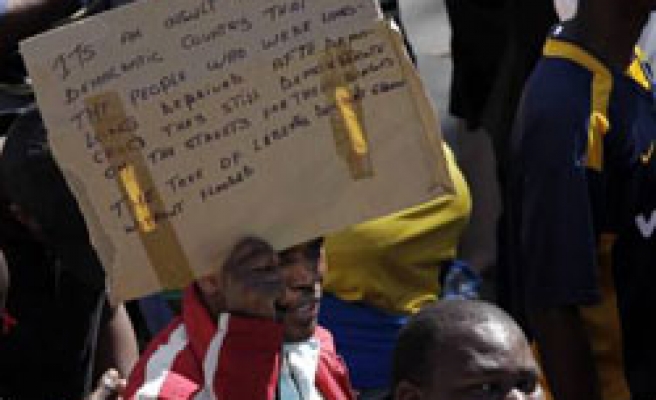 Unions representing South African state workers are expected to announce on Monday whether they will accept a government wage offer they previously rejected and end a strike by 1.3 million employees.

Earlier on Sunday unions had said they would make an announcement later in the day on the government's revised 7.5 percent wage increase, which is double inflation, and 800 rand a month for a housing allowance.

But the COSATU union federation later said officials representing some of the workers, whose strikes are now in their fourth week, had asked for more time to consult members who previously rejected the offer.

"We have to postpone the announcement until Monday," COSATU's spokesman Patrick Craven told Reuters.

SADTU, which represents about 200,000 teachers and is the federation's biggest public sector union, needed more time to consult its members.

"Our members rejected the offer. Now we need time to explain other aspects in the agreement and get a mandate from them on how to go forward," SADTU's general secretary Mungwena Maluleke told Reuters.

Unions representing workers including nurses, teachers, prison guards, court clerks and immigration officials have asked for pay rises of 8.6 percent and 1,000 rand a month for housing.

Union sources said that even if a decision to accept the revised offer is announced on Monday, workers might not immediately return to their posts. "It's more likely that it will be business as usual later in the week," said a union official who did not want to be named.

Government officials have said the state has no room in the budget to increase what it has already offered, which would raise overall state spending by about one percent.