The flagship Galaxy smartphones are likely to have stretched their lead over rivals Apple and Nokia - despite a parts shortage that meant it struggled to keep up with stronger-than-expected demand for its latest S III model. 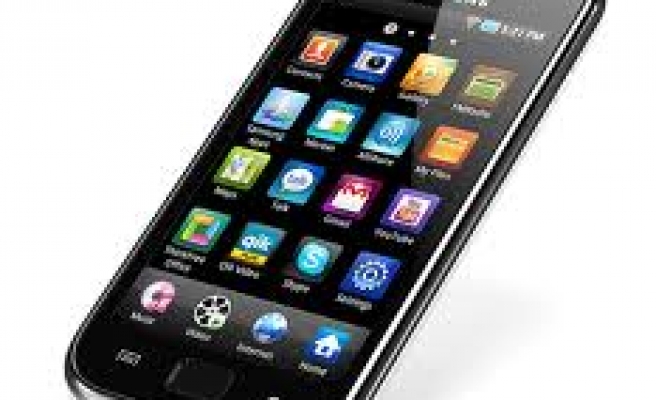 Soaring sales of the Galaxy smartphone drove record quarterly profit of $5.9 billion at Samsung Electronics, though the South Korean tech giant is sweating over how Europe's debt crisis is denting demand in its biggest market for televisions and home appliances.

The flagship Galaxy smartphones are likely to have stretched their lead over rivals Apple and Nokia - despite a parts shortage that meant it struggled to keep up with stronger-than-expected demand for its latest S III model.

While strong handset sales grab the headlines, more than doubling profit growth, other businesses such as chips and consumer electronics are battling weak prices and demand and a limp euro, which eats away at repatriated profits. In a sign that the euro zone crisis is exercising minds in boardrooms around the globe, Samsung executives said this week the group was operating to a contingency plan.

"Europe is our biggest consumer electronics market and we may have to initiate cost cuts and product price increases should the euro fall further from the current level," said one executive who didn't want to be named as the plan is internal.

"Our smartphones are flying off the shelves, with some outlets reporting 40-60 percent sales growth, but that's distorting the overall trading outlook which is more challenging due to the weak global economy and a weak euro."

The euro has fallen around 5 percent against the Korean won since April, and about 8 percent in the past year, to 2-year lows.

In its April-June earnings guidance on Friday, Samsung, valued at $170 billion and the world's leading maker of TVs, smartphones and DRAM memory chips, estimated operating profit jumped 79 percent to 6.7 trillion won from a year ago - in line with an average forecast in a Reuters survey of 23 analysts.

That would be 14.5 percent higher than the previous record quarterly profit in January-March. Samsung estimated its second-quarter revenue at 47 trillion won ($41.4 billion), just below a 50 trillion won forecast.

"Revenue is below our forecast, which suggests price pressure was more severe than had been expected in products such as televisions and home appliances," said Nho Geun-chang, analyst at HMC Investment Securities in Seoul.

"Earnings will be stronger in the current quarter as sales of the high-end Galaxy S III will increase dramatically and drive the telecom division's earnings to above 5 trillion won," he said, predicting shipments of the S III would hit 19 million this quarter.

Samsung is due to release its full second-quarter results - the first since its components chief Kwon Oh-hyun took over as CEO - towards the end of this month.

But, spooked particularly by a weak chip market, Samsung shares have dropped 15 percent in the past two months, while the broader Korean market has fallen just over 5 percent, and Apple has gained almost 3 percent. The stock lost another 2 percent on Friday, closing at 1.16 million won ($1,000) in a market down 0.9 percent.

"Samsung's profits have yet to peak, and with smartphone sales and recovering chip prices to propel earnings even higher in the second-half, the bar's been raised so high that even in-line earnings disappoint some optimists," said Lee Jin-woo, an analyst at Mirae Asset Securities.

Smaller Taiwanese rival HTC, which once boasted the biggest share of the U.S. smartphone market, on Friday reported that its quarterly net profit more than halved as European sales disappointed and U.S. sales were delayed by customs inspections.

Profit from Samsung's mobile division is likely to have more than doubled to around 4.4 trillion won from a year ago, with sales of around 50 million smartphones - at a rate of 380 every minute.

Current quarter mobile profits are expected to forge further ahead as the latest Galaxy model enjoys a boom before the next iPhone launch. Samsung's overall third-quarter operating profit is likely to be between 7.3 trillion won and 9.1 trillion won, an increase of as much as 36 percent from the second quarter, according to a Reuters survey of 14 analysts. The mobile business brings in more than 70 percent of Samsung's earnings.

While the next iPhone, expected later this year, will likely slow Samsung's handset earnings growth, it will boost the Korean firm's semiconductor earnings as Samsung is the sole producer of processing chips used to power the iPhone and iPad, and also supplies Apple with mobile memory chips, NANDflash and display screens.

"Earnings will grow further as the semiconductor division will also stage a solid recovery on the back of improving DRAM and NAND demand," said Jeff Kang, an analyst at Daishin Securities, adding the division could increase earnings by 1 trillion won this quarter.