Rosneft is trying to complete a $1.5-2 billion prepayment loan to finance BP's purchase of crude oil from Rosneft and a similar $1.5-2 billion deal with Swiss energy trader Vitol 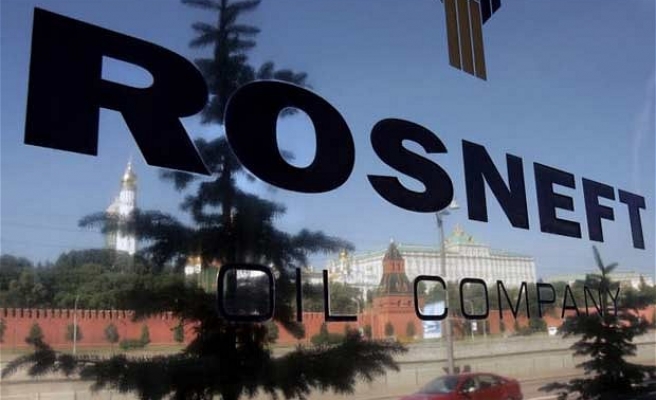 US sanctions against Igor Sechin, the CEO of Rosneft are threatening the Russian oil giant's plans to raise around $4 billion of oil prepayment loans, banking sources said on Tuesday.

Rosneft is trying to complete a $1.5-2 billion prepayment loan to finance BP's purchase of crude oil from Rosneft and a similar $1.5-2 billion deal with Swiss energy trader Vitol .

The appearance of Sechin on fresh US sanctions on Monday, that are designed to punish Moscow for its intervention in the Ukraine, is casting doubt over whether the prepayment loans can be completed, bankers said.

Rosneft has become increasingly reliant on the prepayment loans as other sources of financing, including the bond markets, dry up for Rosneft and other Russian companies.

"Events are not going in the right direction for Rosneft, these prepayment deals are now an important source of finance for the company they need to get done," a banker said.

Lenders were left overexposed to Rosneft when its plans to refinance a $12.7 billion and $11.9 billion bridge loans with bond issues fell through last May.

After months of delay, BP and Rosneft are close to finalising the $1.5-2 billion, five-year prepayment loan, a second banker said. The deal pays a margin 200 basis points (bps) plus fees.

BP's prepayment loan had already been significantly reduced. The loan originally totalled $5 billion and was launched in November 2013, but stalled in January, after raising $3.4 billion from banks. Talks with Vitol are still in process, bankers said.

BP held talks with lawyers on Monday night about the effect of the new US sanctions. Lawyers assured BP that the deal can go ahead as Rosneft itself has not been sanctioned, the second banker said.

"BP has had a lot of legal advice overnight and the conclusion is that the sanction is against the man (Igor Sechin) and not the company. Rosneft should be in the clear," he said.

Other banks believe that the prepayment deals will not be possible after the US sanctions, as banks seek to manage their Russian exposure, particularly as they expect further sanctions.

"The level of scrutiny and focus required to get these deals done in Russia has stepped up significantly this week. It is a very difficult call, I don't think it will get supported," the first banker said.

The deals are more likely to get done if Sechin were to step down, another banker said.

"It depends on the wording of the sanctions and if Sechin remains an active director in the company (Rosneft)," he said.

Rosneft's high capital expenditure requirements mean that the company needs to raise around $25 billion a year in the debt markets, the second banker said.