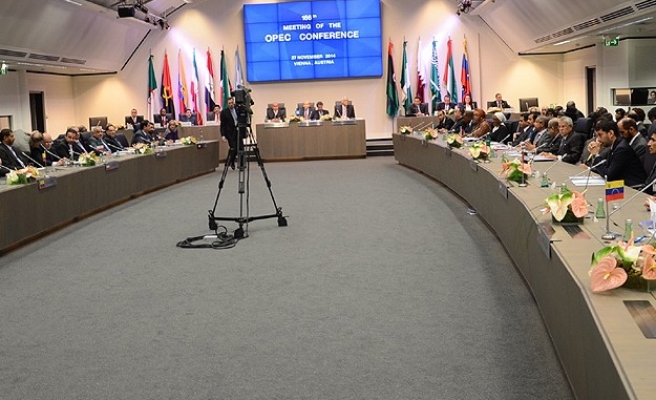 Gulf oil producers led by Saudi Arabia on Thursday won the case for keeping OPEC output unchanged, overriding calls from poorer members of the exporters' group for action to halt a slide in crude prices.

Benchmark Brent crude oil fell $3 to its lowest since September 2010, at under $75 a barrel, on expectations that huge global oversupply will build up in coming months. OPEC also decided to meet next on June 5, 2015.

"It was a great decision," Saudi Oil Minister Ali al-Naimi said as he emerged smiling after around five hours of talks.

Asked whether OPEC had decided not to cut production and to roll over existing output policies, he replied: "That is right".

Wealthy Gulf states have made clear they are ready to ride out the weak prices that have hurt the likes of Venezuela and Iran - OPEC members that pressed for output cuts to stabilise the market and ease pressure on their state budgets, but cannot afford to make any themselves.

Oil prices have sunk about a third since June due to a boom in U.S. production from shale deposits, coupled with slack demand caused by slower economic growth in China and Europe.

The Organization of the Petroleum Exporting Countries accounts for a third of global oil output.

If it were to cut exports without similar action by its competitors, it would lose further market share, including to North American shale oil producers.

On the other hand, a decision to stick to existing output levels effectively means the start of a battle for market share.

The Saudis and other Gulf producers could withstand for some time such a battle that could drive down prices further, thanks to their large foreign-currency reserves. Members without such a cushion would find it much more difficult.

Kuwaiti Oil Minister Ali Saleh al-Omair said OPEC would have to accept any market price of oil, whether it were $60, $80 or $100 a barrel. Iraq's oil minister, Adel Abdel Mehdi, said he saw a floor for oil prices at $65-70 per barrel.

A price war might make some future shale oil projects uncompetitive due to high production costs, easing competitive pressures on OPEC in the longer term.

"We interpret this as Saudi Arabia selling the idea that oil prices in the short term need to go lower, with a floor set at $60 per barrel, in order to have more stability in years ahead at $80 plus," said Olivier Jakob from Petromatrix consultancy.

"In other words, it should be in the interest of OPEC to live with lower prices for a little while in order to slow down development projects in the United States," he added.

The North American shale boom has taken many at OPEC by surprise.

"The U.S. is producing in a very, very bad manner. Shale oil, I mean it is a disaster from the point of view of climate change and the environment," Foreign Minister Ramirez, who represents Venezuela at OPEC, said.