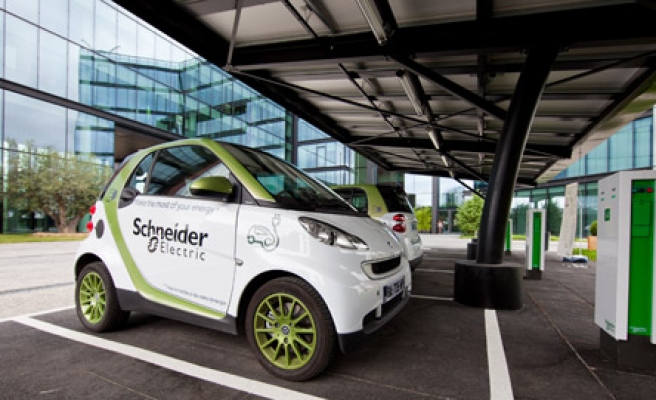 Schneider said on Wednesday it would pay 502 pence a share in cash and stock, 14 percent above Invensys' closing price the day before talks between the two firms were disclosed.

That is just below an initial proposal of 505 pence a share, although the cash component is higher at 372 pence versus the original 319 pence.

Schneider, which has been hit by a faltering world economy and weak European markets in particular, is hoping that buying Invensys will boost its position in the fast-growing, global industrial automation business. Invensys produces software that helps to run power stations, oil refineries and chemical plants.

The British firm has long been touted as a takeover target in an industry dominated by larger rivals and some analysts had speculated Schneider's interest could prompt rival bids from firms like Emerson and General Electric.

However, analysts had also said Schneider was offering a good price.

Schneider said its first-half earnings before interest, tax and amortisation (EBITA) fell 2 percent to 1.53 billion euros, reflecting the impact of the economic crisis in Italy and Spain, low business confidence in France and lower spending by utilities in Germany.

But it kept its full-year organic revenue and EBITA margin targets, as organic revenues outside Western Europe returned to growth in the second quarter.

Based in the outskirts of Paris, Schneider Electric makes equipment for electrical power distribution and for industrial control and automation, selling products to the construction, electric power, industrial, and infrastructure markets.