Shutdown takes bite out of US economy

The government shutdown has also forces many would-be clients to remain at home, leaving business owners worried for their future. 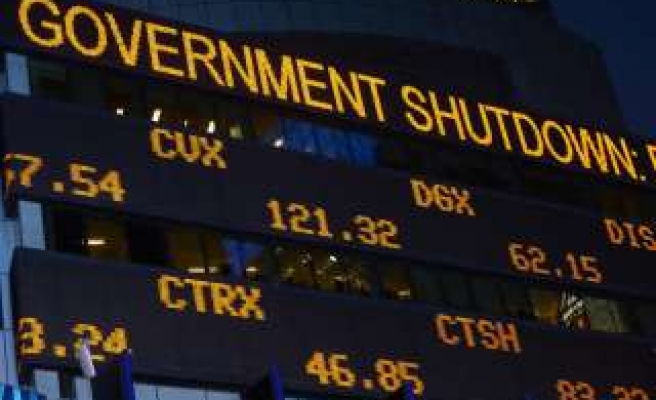 The economic repercussions of the US government’s ongoing shutdown continue to reverberate throughout the US, with the nation’s capital particularly hard-hit.

“It’s definitely affected the whole market, even with rates as low as they’ve been in thirty years and a lot of positive things in the economy moving forward. But with the shutdown, with so many federal employees, or [employees with] work that may be related to the government, it’s really touched everyone,” said Ed McAllister, a veteran real estate agent for over a decade.

Over 800,000 federal employees are furloughed throughout the US, with a strong concentration living within the Washington DC metropolitan area.

He added, “People may postpone a purchase. They may cancel an appointment because they’re waiting for things to settle down with the government. Where we thought the shutdown would just be a few days, now we’re extending over into week two.”

But even if consumer confidence were not an issue, the federal mechanisms that allow prospective buyers and sellers to conduct real estate transactions have frozen for many, according to McAllister.

In order to become a homeowner, many Americans take out a loan backed by that piece of real estate to make the purchase. That process generally requires numerous checks with employers, as well as the Internal Revenue Service, which is currently shuttered. For federal employees, the process is doubly impeded, as their employer is most likely reduced to fulfilling necessary tasks, which generally don't include employment verification.

McAllister stated, ““It’s really a total shutdown in regards to process. There are a lot of contracts in jeopardy right now unless the buyer and seller can actually agree upon making concessions because of the shutdown. It’s rippling into every aspect of the process.”

He further said, “Looking beyond partisan gridlock, the American people are being hurt tremendously on this. This is certainly not helping the deficit. [ ] I just don’t think it’s helping America move forward, and it is certainly hurting the housing market.”

And indeed, the economic fallout of the government shutdown extends far beyond the real estate market.

From Monday through Friday, waves of mobile restaurants, or food trucks, descend upon DC’s bustling work centers to large lines of hungry workers waiting for a quick meal. The government shutdown, however, has forced many would-be clients to remain at home, leaving business owners worried for their future.

“We hope they are going to solve the problem as soon as possible, because all of us are losing money, not only here, and the people are losing money as well. It’s very bad for everybody,” said Atanas Kostanev, the co-owner of the Taste of Eastern Europe food truck.

He said nearly ninety percent of his clientele are government employees.

Fortunately for Kostanev, he and his partner do work two jobs. But fears for the future were not limited to his Eastern Europe eatery.

For Mohamad, the owner of the Bite 2 Go food truck, the shutdown’s economic sting might soon result in him having to let go of his valued employees.

“I have some people, they are working behind me, and I have to pay them. Most of the customers don’t come here every day. So that’s why we get very, very slow,” he said.

An employee at a nearby food truck pleaded for Congress to resume business as usual.

“Come back to work. We need the doors open so everything can return to normal,” said Melmen Farfino, an employee of the What the Pho food truck.

Still, with the government’s shutdown well into its second week, America’s politicians appear no closer to striking a bargain.