Seoul's statement reveals de facto agreement for service and investment sectors, after closing differences that had led to lengthy delay 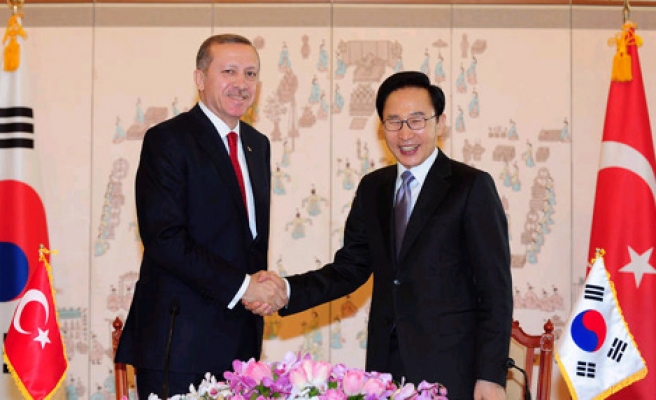 South Korea and Turkey have paved the way for a new free trade deal covering the service and investment sectors, according to Seoul’s trade ministry on Monday.

A seventh round of talks in the South Korean capital produced the agreement after lengthy negotiations.

“The two sides reached a de facto agreement as they narrowed their remaining differences on the text of the FTA,” Assistant Trade Minister Woo Tae-hee told reporters.

Negotiations had only resumed in August last year after being on hold for 17 months due to those unspecified differences.

The deal is set to be officially signed by the first half of 2015, according to Woo.

A separate FTA was implemented just over a year ago to remove trade barriers for products – since then bilateral trade has leapt more than 30 percent to $6.3 billion.

Woo added that the latest agreement “is well expected to help greatly expand the countries’ bilateral trade in the service sector.”

South Korea and Turkey already exchange services worth around $740 million per year.

A Seoul trade ministry press release further celebrated the outcome of the latest round of negotiations with a statement Monday.

"We believe the service, investment FTA will help expand economic relations between South Korea and Turkey by upgrading the South Korea-Turkey FTA, which has been limited to products, to a comprehensive, high-level FTA."

Turkey has 17 trade deals, but none so far that stretch beyond products in the service and investment sectors.

South Korea takes pride in the strength of the two countrty's bilateral ties, not least because Turkey sent nearly 15,000 soldiers to fight on the South’s side during the Korean War of 1950-53.