Slovakia opens pipeline to carry gas from the EU to Ukraine

The Slovak pipeline operator Eustream estimated it would ship 22.4 million cubic metres through the pipeline while the Slovak economy minister said the link was ready to run at full capacity. 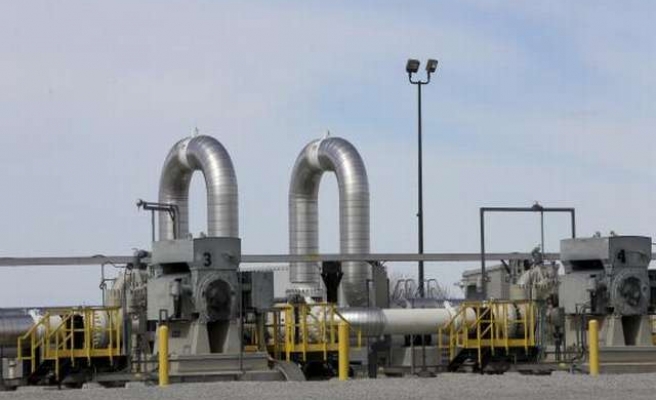 Slovakia opened a pipeline on Tuesday able to deliver gas from the European Union to Ukraine, a link that could potentially supply up to 20 percent of the nation's annual consumption as Kiev grapples with a halt of Russia supplies ahead of winter.

The decision to open up so-called reverse gas flows eastward is part of the EU's response to Gazprom's decision to cut supplies to Kiev on June 16 in a row over pricing and in the wake of Moscow's annexation of Crimea.

Russia has halted gas flows to Ukraine three times in the past decade - in 2006, 2009 and since June this year - because of price disputes with Kiev, although this year gas intended for EU customers have so far continued to flow via Ukraine.

"If we put together three reverse points in Slovakia, Hungary and Poland then we can reach 25 billion cubic metres a year in the mid-term horizon which would provide the solution Ukraine needs at the moment," Fico told reporters.

Hungary and Poland also have pipelines able to send gas eastward to Ukraine but the Slovak link -- which is also part of the site which is the main transit point for Russian supplies to the EU via Ukraine -- boasts the biggest capacity of the three.

The pipeline, an upgraded previously unused link leading from the Vojany power station near the Ukrainian border to the western Ukrainian town of Uzhgorod, can supply up to 10 billion cubic metres (bcm) of gas a year.

The Slovak pipeline operator Eustream estimated it would ship 22.4 million cubic metres through the pipeline on Tuesday while the Slovak economy minister said the link was ready to run at full capacity.

The problem for Ukraine is that continental Europe's pipeline infrastructure was built from East-to-West in order to import Russian gas, a situation that has spurred EU officials to open up reverse supply routes to help Ukraine.

Russia is Europe's biggest supplier of oil, coal and natural gas, and its pipelines through Ukraine are currently subject to political manoeuvring, not for the first time, as the West and Moscow clash over the latter's military action in Ukraine.

Russia has come under heavy sanctions over its move on Crimea and accusations it is supporting separatists in east Ukraine with troops and funds, claims it denies.