Smaller euro zone countries that have retained top credit ratings through the region's crisis squabbled over whether struggling nations like Greece that threaten the currency union's stability should be kicked out. 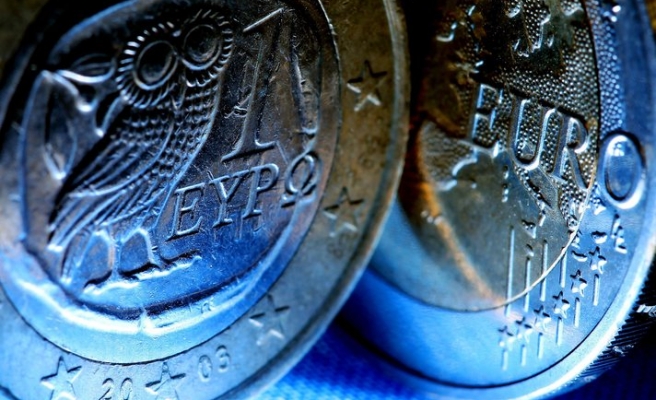 Smaller euro zone countries that have retained top credit ratings through the region's crisis squabbled on Friday over whether struggling nations like Greece that threaten the currency union's stability should be kicked out.

Top Austrian and Finnish politicians insisted they were committed to keeping the union intact after ministers from junior coalition parties said they were preparing for a break-up of the bloc, or called for countries that broke promises to be thrown out.

The mixed messages contrasted with a show of solidarity late on Thursday from western Europe's most powerful politician, German Chancellor Angela Merkel, which raised investor hopes that the bloc might finally be getting a grip on its problems.

Speaking in Ottawa, she said declarations from European Central Bank President Mario Draghi, who last month pledged to do whatever it took to save the euro, were "completely in line" with the approach taken by European leaders.

In Vienna, Austrian Chancellor Werner Faymann said he would not want to see any country ejected from the euro zone.

"The negative consequences of a break-up of the euro zone would far outweigh any advantages for individual countries," Faymann said, after his vice chancellor called for a mechanism for throwing out nations that reneged on financial promises.

In Helsinki, European Affairs Minister Alexander Stubb said Finland was "100 percent committed" to the euro, after its foreign minister told Britain's Daily Telegraph that officials had prepared for the possible collapse of the single currency.

Euro zone states are considering a package to shore up the currency union if Greece leaves the bloc, Germany's Sueddeutsche newspaper said in an advance copy of an article due to be published on Saturday without citing its sources.

They are discussing the possibility of stepping up Ireland and Portugal's aid programs to cushion these states against financial market shocks and suggest Spain and Italy could, at the same time, apply for precautionary loans from the European Stability Mechanism (ESM) which would trigger the European Central Bank to buy their bonds, the Munich-based daily said.

Euro zone states would also have to announce that they are taking further concrete steps towards joint supervision and restructuring of banks as well as coordination and supervision of budget policy, the paper said, adding that Greece would also be given help via the EU balance of payments.

The Netherlands, which has in the past called for the EU to have powers to kick countries out of the euro, said on Friday its focus was on keeping the currency zone intact.

"We never speculate about an exit from, or the break-up of the euro zone," Finance Minister Jan Kees de Jager told reporters. But "in order to remain in the euro zone (states)... have to establish of course (their) credit to (do so)."

Austria, Finland and the Netherlands - along with Germany - are among a handful of euro zone states with top-ranking AAA ratings from two or more of the major credit agencies.

All four countries' populations are becoming increasingly frustrated with what they see as unfair bailouts of weaker states.

In the three smaller states, this has led to a rise in popularity of far-right, euro-sceptic parties that promise to stop potentially unlimited handouts.

Austrian Vice Chancellor Michael Spindelegger said in a newspaper interview that other economically strong countries like Germany, Luxembourg, Finland and the Netherlands would support a mechanism for ejecting countries from the euro.

"I am absolutely convinced it could be got through," he told Austria's Kurier, adding that he had already started discussions with some of his European counterparts.

There is known to be disagreement within Merkel's centre-right coalition over the issue.

Merkel's own Christian Democrats (CDU) are against kicking member states out, but agreed last year that countries should be able to choose to leave the currency bloc if they cannot, or do not want to, keep their fiscal houses in order.

The CDU's Bavarian sister party, the Christian Social Union (CSU), however agreed last year with Spindelegger's view that it should be possible to throw countries out of the currency bloc.

Spindelegger is also Austria's foreign minister and leader of the conservative People's Party, which governs in a sometimes uneasy coalition with bigger partner the Social Democrats, to which Faymann belongs.

The People's Party is under pressure in opinion polls over a corruption scandal that forced a regional party leader to quit last month, and now faces a fresh threat in the form of a new political party founded by car parts magnate Frank Stronach that wants to return to the Austrian schilling.

In Finland, Minister for European Affairs and Foreign Trade Alexander Stubb is a close ally of Prime Minister Jyrki Katainen and both belong to the country's strongest party, the National Coalition, which is strongly pro-euro and stands for conservative economic policies.

Foreign Minister Erkki Tuomioja's Social Democratic Party is the second biggest in government and has led demands for stricter conditions on European bailouts.