The Social Security Institution (SGK) on Friday said it had received TL 38 million from football clubs that had failed to pay premiums for players and managers to the state. It was not clear whether the institution would make the names of these clubs public. 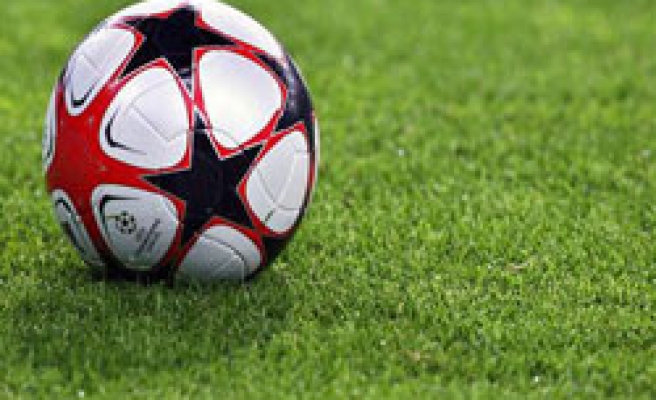 As part of efforts to combat unregistered employment, the SGK conducted a comprehensive investigation into Turkey's soccer leagues. Observers have recently been criticizing the soccer industry, blaming some clubs of evading tax allegedly through a number of underhanded methods. Questions were also raised over the differences between how much footballers earn and how much they pay to the state in taxes. With much lower income tax levels relative to other countries, Turkey remains a tax haven for many local and foreign footballers.

Employers in Turkey are required to pay different amounts of SGK premiums to the state and these amounts are based on each worker's salary. The premiums paid to the state each month are taken from the workers' gross salaries. Workers earning a minimum wage (TL 739) pay the lowest amount of SGK premiums, which is TL 139. This amount is extremely low considering that clubs and employees in the soccer industry earn millions of dollars per year. The latest SGK findings increase suspicions that some parties in the soccer industry may have resorted to tricky ways of evading taxes. The SGK says some clubs paid relatively lower social security premiums to the state for their players and managers, pretending that they are minimum wage workers.

Speaking to reporters in İstanbul on Friday, SGK President Fatih Acar said they had identified the names of soccer players -- in the country's separate football division leagues -- who allegedly evaded taxes by paying lower social security premiums than they had to.

Speculations have abounded that the SGK may shortly opt to start legal proceedings against members of the social security scheme who have failed to pay their premiums to the state. It is not also known how much more the SGK expects to receive from clubs in unpaid SGK premiums. “During our investigations we have identified the names of players and managers who were registered as minimum wage workers in our lists. There were some others who reported lower incomes than they actually earned and we have warned them,” he explained.

Meanwhile, answering questions about deficits in the SGK's balances, Acar said they “have an explanation for the growing losses.” The amount of money allocated to the SGK from state coffers increased by TL 7.4 billion in the first half of this year. Acar said the amount of revenues from the restructuring of SGK premium debts declined to TL 1.6 billion in the first six months of 2012 from TL 4 billion in the same months of 2011. “Pensioners' salaries also increased recently, resulting in a larger amount of money spent from SGK coffers,” he explained. Acar said they placed a heavy emphasis on fighting tax evasion and unregistered employment. “We condone no excuses from workplaces that employ workers without paying their SGK premiums. … This is taking place in many separate sectors, but no one is exempt from potential fines,” he stressed.