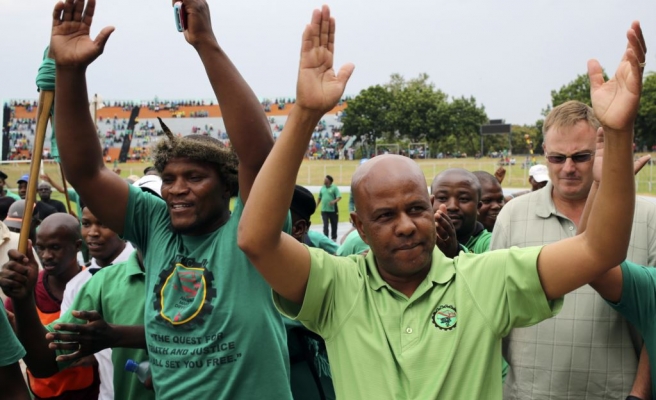 South African government mediators have put forward a proposal designed to end a strike that has hit around 40 percent of global platinum supply, they said at the weekend.

It was not immediately clear what the proposal entails and the Commission for Conciliation, Mediation and Arbitration (CCMA) declined to say what is in it.

"The mediated proposal or a variation thereof could form the basis of a final settlement in this dispute," saidNerine Kahn, CCMA director in a statement.

The companies and AMCU also declined to disclose the content of the mediators' proposal.

Workers downed tools a week ago, seeking a doubling of wages to 12,500 rand ($1,100)a month, a demand companies have said they can ill-afford as they struggle to recover from a wave wildcat strikes that battered the sector in 2012 and led to dozens of deaths.

"It is imperative that a resolution is affordable, achievable and sustainable," the three companies said in a joint statement.