"South and North guarantee the industrial zone's normal operation ... without influence of any kind from the political situation," the two sides said in the statement. 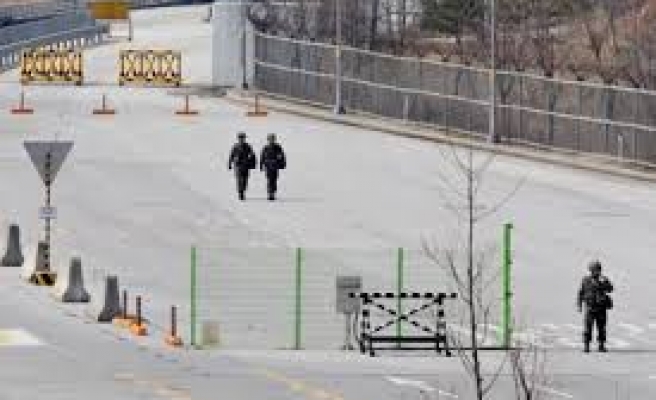 North and South Korea agreed on Wednesday to reopen a troubled joint industrial park after a series of talks on the fate of the symbol of economic cooperation, raising hopes of possible improvement in political ties.

In a joint statement, the two sides said they had agreed to work together to get the Kaesong industrial zone, a few miles (km) inside North Korea from the heavily fortified border, up and running again and to prevent another shutdown.

"South and North guarantee the industrial zone's normal operation ... without influence of any kind from the political situation," the two sides said in the statement, noting that they would jointly try to attract overseas investors.

They did not give a date for the reopening, but the move addresses both the political interests of South Korea and the economic interests of North Korea, which is so poor it cannot feed its people.

South Korean President Park Geun-hye welcomed the decision, saying she hoped "today's talks will be the beginning of a new start of South and North Korea relations", media said.

North Korea pulled its 53,000 workers out of the park in April at the height of tension between the two sides, which saw Pyongyang threatening the United States and South Korea with nuclear attack.

Kaesong, with investors from South Korea, was a rare source of hard currency for North Korea.

It was established even though North Korea is technically still at war with South Korea, one of the world's richest countries, since the 1950-53 Korean War ended not in a treaty but a truce.

Since it opened in 2004, the Kaesong complex has generated about $90 million annually in wages paid directly to the North's state agency that manages the zone.

Most of the people employed by the South Korean companies were women on assembly lines.

Lee Sang-man, a professor at South Korea's ChungAng University and an expert on North Korea's economy, said the timing of the resumption of operations would be up to each company, and the extent of repairs and preparation they needed.

"Today's agreement untangled knots. Kaesong will be more solid than before," Lee said.

North Korea announced last week said it would reopen the industrial zone - just minutes after South Korea signalled it was willing to let it close for good.

The decision to reopen the factory zone was welcomed in Washington.

North Korea has also proposed talks on two other areas where they have cooperated in the past: tourist visits to the North's Mount Kumgang resort and reunions of families separated by the 1950-53 war.

South Korea has accepted the proposal to discuss family reunions, but not the resumption of tours to Mount Kumgang, which were suspended after a North Korean guard shot dead a South Korean tourist in 2008.