Many foreigners work in South Sudan for aid agencies, which often require specialist medical skills or field experience, or oil firms, which often employ people with technical or other industry skills. 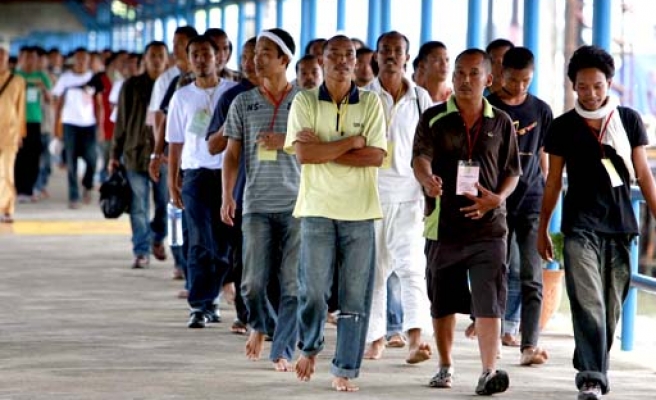 South Sudan will from next month require that companies and non-government organisations (NGOs) employ South Sudanese citizens unless they are unable to find locals with the necessary skills.

A government circular this week outlined the new rules, causing a stir as the published version said that only South Sudanese could be hired without mentioning exceptions. The foreign minister clarified the issue in a statement to Reuters.

"You need to give employment to the citizens except in those places where there is no capacity," Foreign Minister Barnaba Marial Benjamin said, speaking by telephone.

Until now, companies or agencies operating in South Sudan have faced no such limitations on employment, hiring foreigners as they pleased without notifying the authorities. Now they will need to justify any decision to hire foreign staff to the Labour Ministry, the minister said.

The new law brings South Sudan - Africa's newest country since it gained independence from Sudan in 2011 - into line with other nations in east Africa and beyond, where to secure a work permit employers have to show why a foreigner needs to be hired.

Many foreigners work in South Sudan for aid agencies, which often require specialist medical skills or field experience, or oil firms, which often employ people with technical or other industry skills. At least three Kenyan banks or their joint ventures operate in South Sudan and bankers say it is difficult to find skilled workers in a nation where illiteracy is high.

The minister said the practice had been allowed to go unchecked.

"You find in some companies and NGOs it is 100 percent foreign," he said. "That is why the citizens were complaining (about) not being employed when we have the capacity."

The circular had stated without qualification: "NGOs, telecommunications companies, banks, insurance companies, oil companies, hotels and lodges must terminate the employment of all foreigners working with them."

It said foreign workers should be notified that they would have to cease work from Oct. 15.

There are about 11 million people in South Sudan, and a vast number rely on subsistence farming or herding for their livelihood.

South Sudan has been mired in conflict between government forces and rebels since mid-December and aid agencies have been ramping up activities to try to stave off a famine that experts say is looming unless fighting stops and humanitarian work can continue without obstacles.