S&P replaces president after US downgrade

S&P's parent McGraw-Hill Companies Inc , said on Tuesday Deven Sharma, who has served as S&P president since 2007, will be succeeded on Sept. 12 by Citibank Chief Operating Officer Douglas Peterson. 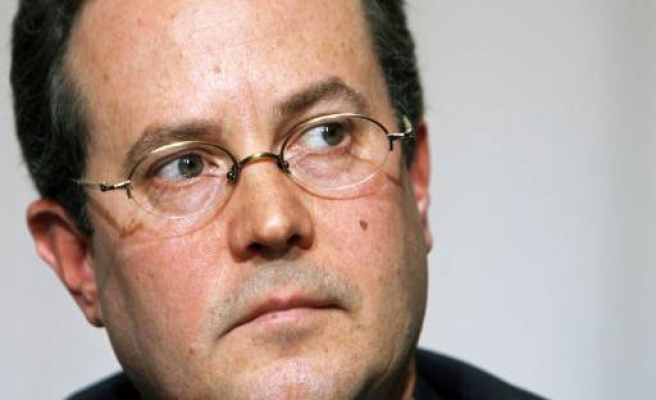 Standard & Poor's said its president is stepping down, capping two weeks of controversy following the rating agency's downgrade of U.S. government debt on Aug. 5 that sparked a row with the Treasury.

S&P's parent McGraw-Hill Companies Inc , said on Tuesday Deven Sharma, who has served as S&P president since 2007, will be succeeded on Sept. 12 by Citibank Chief Operating Officer Douglas Peterson.

"S&P will continue to produce ratings that are comparable, forward looking and transparent," McGraw-Hill said in a statement, adding that Sharma would work on a strategic portfolio review for the group until leaving at year-end.

The one-notch downgrade of U.S. government debt from AAA, which has not been matched by other major rating agencies, led to the biggest sell-off in global stock markets in three years and was criticised by Treasury officials and the administration of President Barack Obama over some of the methodology used by S&P.

The U.S. Justice Department is also investigating the ratings agency over its actions in assigning high ratings to complex mortgage securities leading up to the 2008-2009 financial crisis, a source familiar with the matter told Reuters last week.

S&P management has been criticized for its handling of the downgrade, although some advocates said it was acting responsibly in light of mounting debt and Washington's political inability to devise a long-term solution to the issue.

The Financial Times, which first reported Sharma's resignation, quoted unnamed sources on Tuesday saying his departure was unrelated to the downgrade or the Justice Department investigation.

Pressure to spin off

Executives and directors of McGraw-Hill are under increasing pressure from shareholders to restructure the publishing company and possibly spin off the profitable S&P ratings business.

At a board meeting Monday, directors decided to replace Sharma and discussed an ongoing strategic review, the Financial Times said.

Directors and executives met with Jana Partners, a hedge fund, and the Ontario Teachers' Pension Fund to hear their arguments on why the publishing company should be broken up.

Those shareholders, who publicly called for a possible restructuring of McGraw-Hill on Aug. 1, own 5.6 percent of the company, a bigger stake than that of Chief Executive Harold "Terry" McGraw III, the great-grandson of the company's founder.

They argued that the recent controversy and political scrutiny highlight the drawbacks of having the S&P Ratings business coupled with McGraw-Hill's unrelated operations.

Standard & Poor's primary competitor, Moody's Investors Service, was separated about ten years ago from a mini-conglomerate then known as Dun & Bradstreet.

Some McGraw-Hill investors say the same should happen to S&P, in part because it would allow the agency to operate with virtually no debt and the freedom to issue critical ratings without undue fear of losing assignments from corporate issuers who pay for ratings.

CEO Terry McGraw, who turns 63 this month, has recently retreated from defending the company's diverse portfolio of brands and made several executive changes.

In July, he vowed to take "significant" actions to restructure the company, and sources say he may spin off or sell the company's textbook division.

In June, McGraw vowed to sell the company's handful of television stations, a move long promoted by many stock analysts. Last November, he replaced the head of the textbook division and in 2009, he agreed to sell BusinessWeek, a flagship media brand that was losing money.

Outgoing president Sharma joined McGraw-Hill in 2002 from consulting firm Booz Allen Hamilton, according to a statement from the publishing company.