Spain in talks with euro zone over sovereign aid: sources

Other senior euro zone sources were more cautious, one saying nothing clear-cut had emerged on aid for Spain, while a fifth said no talks were going on at all. 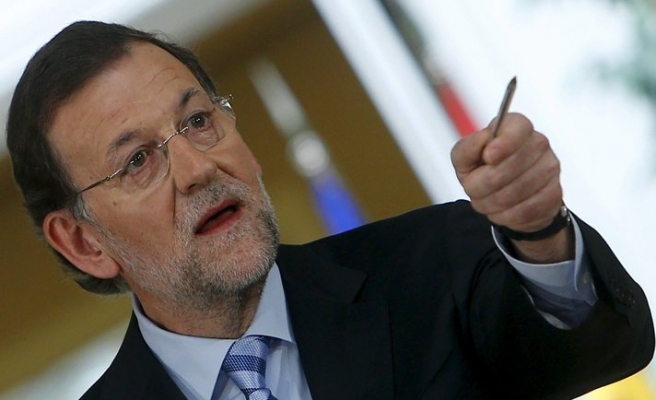 Spain is negotiating with the euro zone over conditions for international aid to bring down its borrowing costs though the country has not made a final decision to request a bailout, three sources with knowledge of the matter told Reuters news agency on Thursday.

The favoured option being discussed is that the existing European rescue fund, the EFSF, would purchase Spanish government bonds at primary auctions while the European Central Bank would intervene in the secondary market to lower yields, the sources said.

No specific figure for aid has been discussed in the talks, which started several weeks ago, one of the sources said.

Other senior euro zone sources were more cautious, one saying nothing clear-cut had emerged on aid for Spain, while a fifth said no talks were going on at all.

Spain's prime minister's office declined to comment. A spokeswoman for the economy ministry said there was no change in the Spanish position, which is that it would wait until the next meeting of the governing council of the ECB on Sept. 6, hoping for details on how the ECB plans to intervene, before deciding on any move.

ECB President Mario Draghi has said the central bank could intervene to lower painfully high yields but only if the country concerned asked for similar help from the bloc's rescue fund first.

The three sources who spoke with Reuters on Thursday said the negotiations were focusing on conditions attached to the aid, which will be included in a memorandum of understanding.

While there is a political consensus that the conditions should be limited to what is already included in EU recommendations to Spain, which has pushed through a raft of painful austerity measures, two of the sources said euro zone countries were insisting on setting up a tougher schedule of monitoring.

Separately, two of the sources said Spain's euro zone partners and the European Commission have dashed its hopes of getting an emergency liquidity line for its banks before the first tranche of up to 100 billion euros of aid is disbursed in the autumn.

Spanish authorities had hoped to receive up to 30 billion euros in August to start recapitalising state-rescued banks, such as Bankia, CatalunyaCaixa and NovaGalicia.