Buying bonds and providing aid would all be designed to bring down what have been prohibitive borrowing costs in the indebted countries. 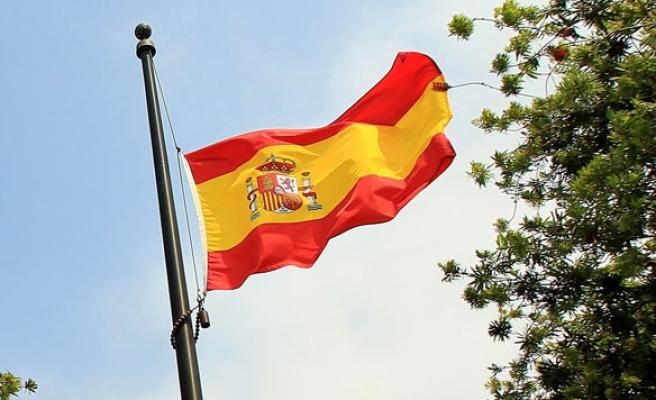 Spanish Prime Minister Mariano Rajoy inched closer on Friday to asking for an EU bailout for his country, but said he needed first to know what conditions would be attached and what form the rescue would take.

His comments, at his first post-cabinet meeting news conference since taking office last December, came a day after the European Central Bank signalled it was preparing to buy Spanish and Italian bonds but only after EU bailout funds were triggered and countries had asked for help.

A source said separately that Spain would not decide whether to apply for several weeks.

Buying bonds and providing aid would all be designed to bring down what have been prohibitive borrowing costs in the indebted countries.

Rajoy said he was ready to do what is best for Spain, going far further than he did on Thursday when, during a press appearance with Italian Prime Minister Mario Monti, Rajoy three times declined to say whether he would seek the aid.

"I will do, as I always do, what I believe to be in the best interest of the Spanish people," Rajoy said on Friday.

"We still don't know what these measures are," he said, reference to a comment by ECB PresidentMario Draghi that the bank was examining non-conventional measures to defend the euro.

"What I want to know is what these measures are, what they mean and whether they are appropriate and, in light of the circumstances, we will make a decision, but I have still not taken any decision," he said.

A source familiar with Rajoy's thinking confirmed this possibility was actively looked at and that Rajoywas ready to bear the political cost of a request.

Spain has already asked for aid for its stricken banks.

"People have said the main reason why he is not seeking help is because he is too proud. But this is not true. He requested an assistance for the banks because it was the adequate instrument to solve a specific problem. There is no opposition to do it again," the source said.

An aid request would entail negotiating a memorandum of understanding with other euro zone countries and would likely bear strong conditionality, something Rajoy wants to discuss in detail before moving forward.

Although Spain already complies with stringent EU and International Monetary Fund demands to reform its economy and has announced a package of 65 billion euros ($79 billion) of tax hikes and spending cuts in July, the government fears it could now be asked to reform further the pension system.

The measure is the last campaign pledge Rajoy has not been forced to break so far and could undermine even more the support for the government after it already fell sharply in recent weeks as hundreds of thousand of Spaniards took the streets to protests against austerity steps.

A euro zone official told Reuters last week Spain had for the first time conceded at a meeting between Economy Minister Luis de Guindos and his German counterpart Wolfgang Schaeuble it might need afull bailout worth 300 billion euros if its borrowing costs remain unsustainably high.

Rajoy's office however denied that talks on this issue had taken place.

People who discussed the question with Rajoy explain that he may still hope to avoid making the request because he thinks by just knowing that the EU rescue funds and the ECB are geared up would be enough to shield Spain from market pressures.

"The thinking is that the instruments need to be in place and possibly the risk premium will go down so much that there will be no need to go any further," said one senior politician.

The indebtedness of Spain's banks and regions, along with a shrinking economy, set to be in recession until well into next year, have all pushed debt costs to new record highs.

Last week, its 10-year paper was trading at around 7.6 percent, a level seen unsustainable in the medium term.

The yield went down by more than 100 basis points after the ECB's Draghi said he would do whatever is necessary to defend the euro but picked up on Thursday as markets were disappointed by the lack of immediate action.

"Prior to today, the markets hoped a full Spanish bailout would not be necessary, now they have been told it is inevitable," Marchel Alexandrovich, senior vice-president and European financial economist at Jefferies, said in a note. echoing the views of many other analysts.

"The killer Q&A Draghi statement is that before the ECB comes in to buy Spain and Italy, first, a country need to ask for formal assistance. So there we go, what Draghi has basically indicated is that the problem in the bond markets has to get considerably worse before the ECB steps in to help."

The country's fiscal position remains however manageable for some time. It needs to issue another estimated 35 billion euros this year to finance its deficit and repay its debts. Its average borrowing costs have so far remained under control thanks to cheap ECB loans to banks earlier this year.

It had paid an average of 3.43 percent to finance its debt in 2012, in line with costs registered since the launch of the euro in 1999 and below the 3.9 percent it had paid at the same period last year.