As economic situation is getting worse, Spanish ruling party looks for new finance model for northeastern Spanish region of Catalonia. 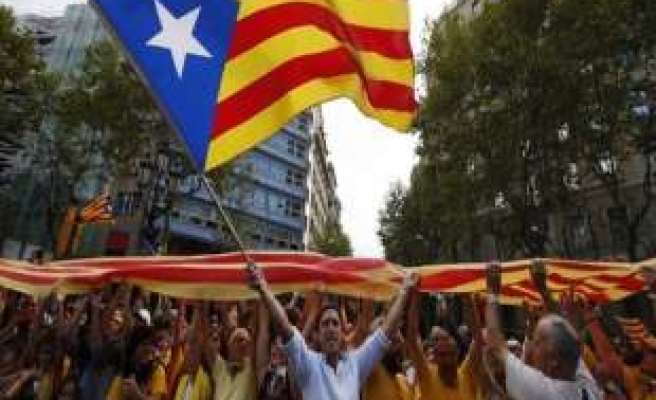 People's Party (PP) offered Monday a new finance model in order to stop independence demands in Catalonia, with a population of 7.5 million.

"We are in a new term of democratization process. A new finance model should be formed in this time. Catalans should not pay more tax than the people who live in other autonomous administrations," Maria Dolores de Cospedal, People's Party leader told.

Cospedal stressed the importance of an equal finance model for all the Spaniards.

"This is a basic condition for the People's Party. The new model should be performed in solidarity with all the autonomous administrations," she added.

The independence drive is fueled by resentment of a $20-billion annual imbalance between the tax revenues collected in Catalonia and the government services and benefits it gets in return.

Regional leader Artur Mas threatens to hold a referendum next year on the region's status within the Spanish kingdom.

Early September, more than 1 million Catalans had held hands and formed a 250-mile human chain across the region in a demonstration of their desires for independence.

Unemployment is around 25 percent in the region.

The region’s debt in the first quarter of this year stood at more than 50 billion euros. It was forced to ask for a nine billion euro federal assistance boost.