Spanish trade unions have agreed with the government to provide a minimum of between 20 and 40 percent of international flights on September 29 during a general strike, media reported. 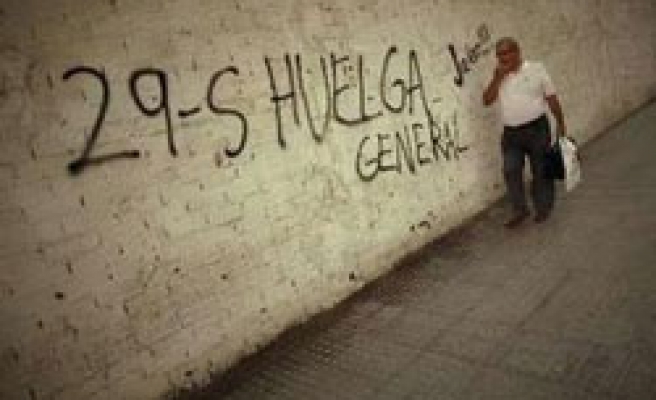 Spanish trade unions have agreed with the government to provide a minimum of between 20 and 40 percent of international flights on September 29 during a general strike, media reported.

The protest against austerity cuts and labour reform will leave at least 20 percent of European flights and 40 percent of other international flights unaffected, the reports said, following an agreement early on Thursday.

At least one quarter of train services would run, according to the deal reached, rising to 30 percent at rush hour.

Neither the Development Ministry nor trade union organisations could be reached for comment. Under Spanish law, workers in certain sectors must provide a minimum level of services and the unions must agree with the government on what minimum levels should be.

The scale of transport stoppages is likely to be a key factor in the level of disruption caused by the strike as they determine how many non-strikers can get to their place of work.

A poll for El Pais by Metroscopia on Sept. 5 showed that although 58 percent of Spaniards thought the strike was justified, only 9 percent said they definitely planned to take part.

However, some analysts thought participation on the day was likely to be higher and there would be significant disruption in large cities.