The government said it would review a $1.5 billion port deal with China Communication Construction Co Ltd over concerns about the Chinese company getting land on a freehold basis in a high-security zone. 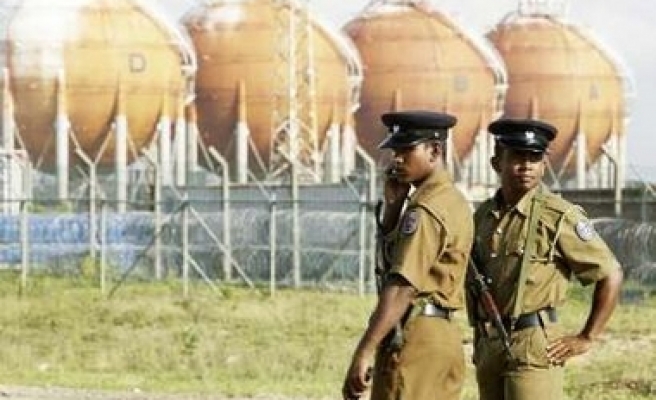 On Friday, the government said it would review a $1.5 billion port deal with China Communication Construction Co Ltd over concerns about the Chinese company getting land on a freehold basis in a high-security zone.

That port project had been of particular concern for India, the destination for the majority of the transshipment cargo through Colombo. India was furious with the last government after it allowed to a submarine to dock there twice.

"We will certainly do that because we want to show the people the true cost of these projects as well as what they are paying for these projects," De Silva told reporters.

He said the government would consider legal action against people involved in over-priced projects.

Former President Mahinda Rajapaksa, who was unseated on Jan. 8, heavily depended on China for infrastructure in the wake of a devastating civil war. He has borrowed over $6 billion for mega projects since the end of a 26-year conflict in May 2009.

Sri Lanka has a $76 billion economy.

Opponents during the election campaign last month said many of the projects financed with Chinese loans were over-priced, an allegation that helped Sirisena to victory.

De Silva said China had already started to discuss the issues "at the highest level of the government" and the new government would work on a project by project basis.

A Chinese embassy official in Colombo, however, said all the projects implemented had parliament approvals.

"The new government can review the projects, but it has no right to stop any project already implemented. If it goes before international law, the government will have to lose and pay all the debts," the official told Reuters on condition of anonymity.

Rajapaksa's opponents and some independent economists have said some of the projects have given very low returns on investment, including a $277 million airport in Rajapaksa's home constituency of Hambantota.

State-run Sri Lankan Airlines will stop flight operations to the airport from Feb. 9 to "improve its bottom line by $18 million annually", the firm said in a statement.