New frontiers like the Flemish Pass are adding to a growing consensus that the world is still flush with oil, even in areas long thought to be past their peak 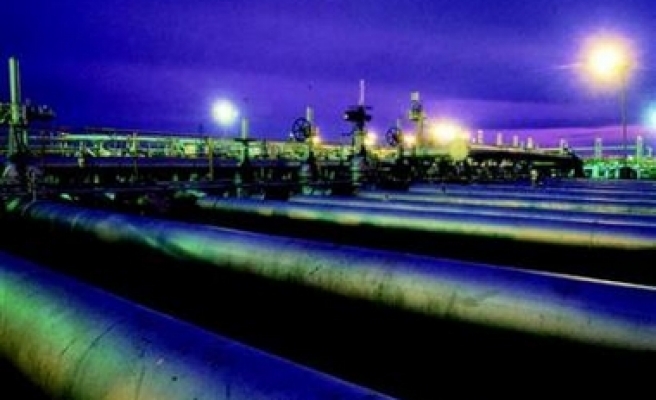 Statoil says its discovery in the deep-sea Bay du Nord may contain up to 600 million barrels of recoverable oil, making it the third-largest find in Atlantic Canada and rejuvenating hope for an offshore region that was forecast to be in decline for the next several decades.

Situated in an area known as the Flemish Pass basin, 500 kilometres (300 miles) off the coast of Newfoundland and Labrador, the discovery opens up a new frontier, one that oil majors Chevron and Royal Dutch Shell are also poised to probe.

"For that region it's certainly a significant find. Opening up a new area really lays the path down for growth in other parts of Newfoundland," said Hugh Hopewell, senior analyst at Wood Mackenzie.

While traditional drilling ventures have been overshadowed in recent years by the North American shale revolution and the booming Alberta oil sands, new frontiers like the Flemish Pass are adding to a growing consensus that the world is still flush with oil, even in areas long thought to be past their peak.

Statoil's nearby Mizzen find may contain up to 200 million barrels, and the Harpoon discovery, announced in January, is yet to be evaluated. The finds are modest compared to the multiple billions of barrels of oil now accessible thanks to horizontal drilling, hydraulic fracturing and oil sands development, but break the prevailing trend.

"When a discovery of this size is established, it's most likely there will be others. Players in the industry who had the region on a back burner will start looking at it more seriously now," said Fadel Gheit, oil analyst at Oppenheimer & Co.

In its latest forecast the Canadian Association of Petroleum Producers (CAPP) had expected eastern Canadian production to fall to 90,000 bpd by 2030, after reaching 250,000 bpd in 2025.

In the short-term, output will be aided by the 2017 start-up of ExxonMobil Corp's Hebron field.

Just how much oil is in the region will not be clear for years. Statoil said it may not be able to return to the region to drill more wells until 2015 because of rig availability; as rival drillers move in, it will be harder to get hold of the labour and winterized rigs essential to operate in the North Atlantic.

"A discovery like this, which is the biggest in the world since 2010, will raise some attention. We are a little bit ahead of the game but expect increased competition," said Geir Richardson, vice president of Statoil Canada Exploration.

The state-owned Norwegian company is developing the field in a joint venture with Canadian partner Husky Energy Inc, which owns 35 percent of the field.

U.S. oil based Chevron is already drilling its third exploration well in the Orphan basin, roughly 50 km northeast of the Flemish Pass, although a company spokesman said Chevron plans to keep the results confidential.

Royal Dutch Shell, meanwhile, spent has C$970 ($940) million acquiring exploration rights on four parcels of land off the southwest shore of the province of Nova Scotia.

The company shot three-dimensional azimuth seismic in the area over the summer, the first time such technology had been used in Canada, a Shell spokesman said.

Newfoundland and Labrador's Department of Natural Resources said geoscience data indicates a further 6 billion barrels of potential oil reserves remain undiscovered, in addition to the 3 billion barrels already found in the province's waters, while the government of Nova Scotia said it has 8 billion barrels of oil potential offshore. Typically oil fields are only able to pump a third or less of total reserves.

While that may appear paltry to Alberta's vast oil sands, where output is expected to hit 5.2 million barrels a day by 2030, it also offers some advantages: Offshore production neatly sidesteps the issue of congested pipelines in landlocked Alberta that have driven down the price of oil sands crude, and provides easy access to markets in Europe and India.

"It's an escape hatch for companies producing in Canada," Gheit added.

It isn't without challenges, however, primarily rig availability and harsh environmental conditions.

Although the Flemish Pass find is outside Iceberg Alley, conditions are still brutal, especially in winter.

Paul Barnes, Atlantic Canada manager for CAPP, said there are less than 10 rigs in the world suitable to operate in the seas off eastern Canada, and they generally operate under multi-year contracts which makes it difficult to book them quickly.

"One of the big challenges for the region is that it's in the flow of icebergs that come down from the north so if you have a drilling platform that needs to be accounted for," said senior Wood Mackenzie analyst Hugh Hopewell.

"Once you have a production facility in place you need to have some kind of system to deal with icebergs."

For projects already operating in Iceberg Alley, like ExxonMobil's Hibernia, that system includes using support ships to "lasso" approaching icebergs with cables and towing them away from the platform.