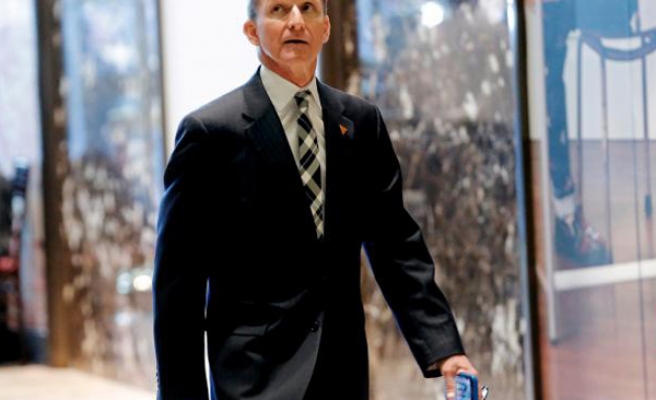 The Dow ended the week at 24,231.59 points, more than 40 points lower than the record high it closed at the day before.

The stock market has risen about 33 percent since Donald Trump was elected president on hopes he can deliver on promises to deregulate and cut corporate taxes.

Flynn, who served Trump for a few weeks earlier this year before being fired for lying to Vice President Mike Pence, pleaded guilty to lying about several interactions with Russian ambassador Sergey Kislyak late in 2016.

Court documents that detailed charges against Flynn said he falsely denied asking Kislyak “to refrain from escalating the situation in response to sanctions that the U.S. had imposed against Russia.”

The Dow initially dropped around 300 points soon after the news of Flynn became public before rallying slightly later in the day.

Flynn promised “full cooperation” with Special Counsel Robert Mueller, who is investigating links between the Russian government and the Trump’s presidential campaign.

"My guilty plea and agreement to cooperate with the Special Counsel's Office reflect a decision I made in the best interests of my family and of our country,” Flynn said in a statement.

“I accept full responsibility for my actions.”Apple, Amazon and Qualcomm all dipped between 1 to 2 percent.