Nearly 40,000 workers in the automotive components industry were on strike, demanding better wages. 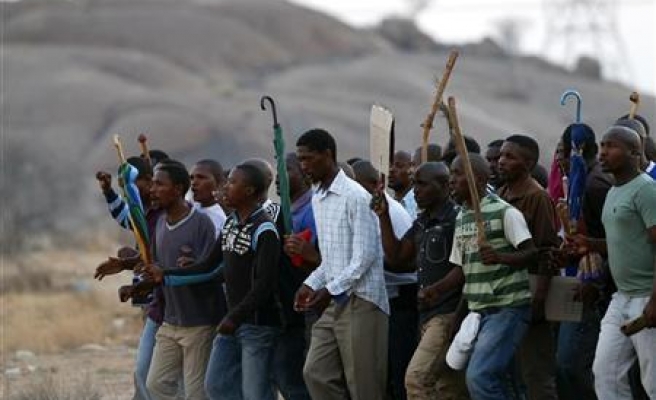 A four-week strike in the auto components sector, which came to an end Sunday, cost South Africa's motor industry huge loses after bringing production to a standstill and forcing seven major manufactures to shut down operations.

"The strike is estimated to have cost manufactures about $2 billion," Dr. Johan Van Zyl, President of the National Association of Automobile Manufacturers of South Africa (NAAMSA), told Anadolu Agency.

He said exports had fallen by 75 percent and domestic sales had also declined by 1.5 percent, compared to the months preceding the strike.

Nearly 40,000 workers in the automotive components industry were on strike, demanding better wages.

The National Union of Metal Worker of South Africa (NUMSA), which represents their interests, confirmed Sunday reaching a deal to end the strike.

NUMSA agreed on a 10 percent wage hike in the first year and eight percent in the next two years.

"The union has taken a conscious decision to end the strike in the automotive component sector and workers will be addressed tomorrow morning in their places of work where they will then resume work," NUMSA General Secretary Irvin Jim confirmed in a press statement.

NUMSA was demanding a 14 percent pay rise, while manufacturers are only willing to pay 11.5 percent.

Some of the manufactures who have been affected by the strike include, Mercedes, Toyota, General Motors and Volkswagen.

Van Zyl, the NAAMSA president, warned that the country’s labor instability would greatly undermine the industry's chances of getting contracts from multinational corporations to produce vehicles in South Africa.

"The strike has damaged South Africa’s status as a reliable supplier of vehicles to the international export market," he insisted.

This year South Africa has been inundated by strikes from different sectors of the economy which labor analysts warn could discourage foreign investors from starting businesses in the country.

Auto makers' workers launched a strike in mid-August that continued until September 8.

It ended after the manufacturers agreed to give workers a wage increase of 11.5 percent for this year, 10 percent next year and 10 percent in 2015.

They also agreed to give the workers transport allowances as part of the settlement.

"They could discourage foreign investors from coming to the country," he suggested.

BMW has said it was no longer thinking of expanding production in the country, citing labor unrest.

The auto manufacturing industry accounts for 6 percent of South Africa’s GDP and 12 percent of its exports.