South African state workers including thousands of hospital staff are ignoring a court order to return to work. 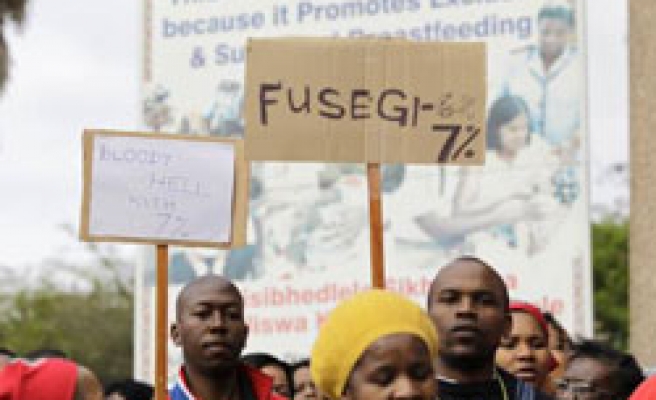 South African state workers including thousands of hospital staff are ignoring a court order to return to work.

A spokesman for a health workers' union said on Monday that its members would stay off the job while other essential public sector employees who were ordered to return to work were also expected to extend their walkout.

The government said on Saturday that a labour court had granted an injunction banning state workers in essential services from taking part in the strike, which has shut schools and caused chaos at hospitals since it started on Wednesday.

The strike involves 1.3 million state workers, including teachers, police, prison guards, immigration officials and government clerks. The court order applies to a portion of the total, mostly health workers and other sectors categorised by the government as "essential".

"There is no one who is expected to be going back to work today. We will challenge that court order if its intention is to intimidate our members into submission," Sizwe Pamla, a spokesman for healthcare workers' union NEHAWU, told Reuters.

The government can fire those who ignore the court order and arrest those they suspect of intimidation but there have been no reports yet of any workers being punished.

"South Africans who abide by the laws of this country will find it in their hearts to go back to work," said Health Ministry spokesman Fidel Hadebe.

"If there are those who continue with acts of intimidation, absenteeism, and violence, our expectation is that the criminal justice system of this country will act against those people."

A union representing 52,000 municipal workers in the Johannesburg area threatened to join the strike later this week.

The government says it cannot afford the demands and has offered a 7 percent wage hike and 700 rand for housing. No new talks between the unions and government have been scheduled to date.