The most recent polls show the four-party centre-right coalition government trailing the centre-left opposition by more than 10 points. 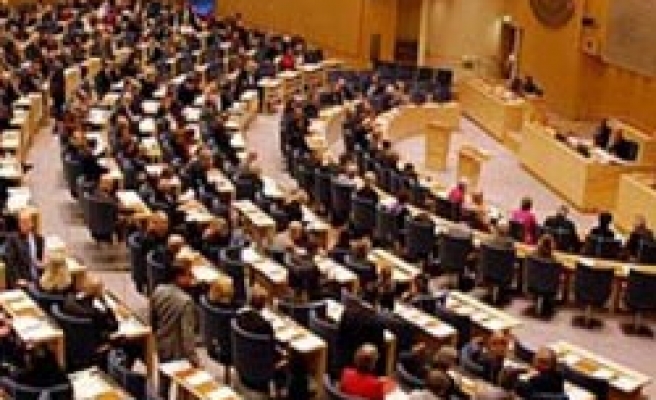 Sweden's centre-right government delivered a gloomy message to voters on Saturday ahead of next month's general election, cutting its growth forecast due to weakness in the global economy and saying it will further raise taxes if re-elected.

With just weeks to go before the vote, the Alliance coalition hopes that by stressing its fiscal prudence it can catch the opposition which holds a big opinion poll lead ahead of the Sept. 14 vote.

"A weak development internationally will mean a somewhat slower recovery in Sweden," Finance Minister Anders Borg told reporters. "That, along with (planned) increased expenditure at the end of the next term of government, means that we must strengthen the budget."

Sweden's economy contracted slightly in the first quarter and barely grew in the April-June period as its key export sector was hurt by sluggish overseas demand, particularly in Europe.

The euro zone has stalled and recovery there could be further hampered by sanctions against Russia, imposed in July over its involvement in the Ukraine crisis.

He said the public sector was expected to run a deficit of 2.2 percent of gross domestic product this year versus a previous estimate for a 1.6 percent shortfall.

To bring public finances back to a targeted 1 percent surplus by 2018, Borg said he planned to raise taxes on the financial services and commercial property sectors if reelected and would hike duties on tobacco and alcohol.

Those measures will strengthen the budget by around 25 billion crowns.

"We are in a position of strength now and so we need to build up buffers for the future, because there is one season that always returns and that's winter," he said.

However, with the economy still fragile, the new measures will be delayed until 2017-2018, Borg said.

The Alliance has already outlined plans to raise duties on cars, alcohol and tobacco, and to reduce tax breaks on pension savings. Schools, welfare, defence and asylum services are some of the areas that will get extra funding and the Alliance has pledged that 5 million Swedes will have jobs by 2020, 350,000 more than today.

Yet the warning that fiscal policy needs to be tighter is an about-turn for a government that has cut taxes by around 130 billion crowns since it took power in 2006. The opposition has also promised tax hikes, of around 30 billion crowns, and its message of more spending on welfare and schools has found favour with some voters.

The most recent polls show the four-party centre-right coalition government trailing the centre-left opposition by more than 10 points.

Social Democrat financial spokeswoman Magdalena Andersson on Saturday accused the government of creating the hole in public finances through its income tax cuts and adding that promised jobs had failed to materialise.