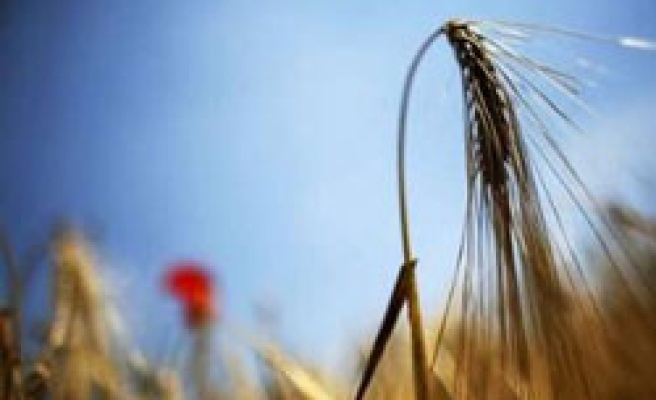 One Syrian trader said the government may be aiming to sell stocks to Iraq that are proving too difficult to move within Syria because of the war, which has brought the official food distribution system to a halt.

"The case could be that they have wheat that is stuck in some areas and they are having difficulty transporting it to other areas within the country so it is easier to sell it to Iraq as it is nearby," he said.

War and drought have cut the war-torn country's wheat forecast to anywhere between 1 million to 1.7 million tonnes, agricultural experts and traders say. Before the conflict, Syria used to produce around 3.5 million tonnes a year.

"This is our local wheat crop that we have left over from last year. We have not started local procurement for this year's crop yet," an official at the country's General Establishment for Cereal Processing and Trade (Hoboob) told Reuters.

The deadline for bids is May 7, Hoboob said. The tender document asked for bids to be submitted in euros on a free-on-trucks basis and said the wheat would be transported from warehouses in Hassaka, in northeastern Syria.

Some European traders said they believed Syria had large ending stocks from 2013, having been aided by Iranian wheat imports throughout last year.

"There has been talk that Syria's end of season grain stocks are larger than previously thought," one European trader said.

"It is impossible to say how much Iran bought for Syria but with a large number of refugees also leaving the country and international aid feeding rebel areas, Syria's overall wheat requirement is also smaller," he said.

Nearly a third of Syrians have either been displaced from their homes or fled the country, and swathes of territory are in the hands of rebels fighting to overthrow President Bashar al-Assad.

Hoboob has said it imported 2.4 million tonnes of wheat through direct contracts, mostly from the Black Sea, in 2013.