According to the Turkish Chamber of Commerce, more than 4,000 formal tax paying business have been opened by Syrians. 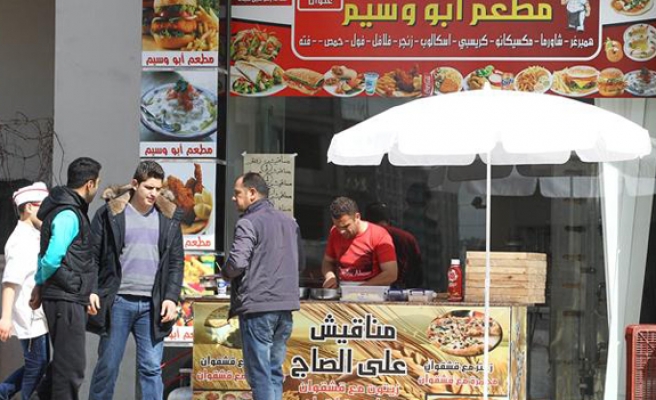 Over the last four years, approximately 4,000 formal tax-paying firms—employing thousands of workers, mostly Turkish—have been established in Turkey, with 600 just in Gaziantep. And informal enterprises may multiply this number. While Syrian firms range widely, they tend to concentrate in the restaurant, construction, trade, textile, real estate, travel, transportation, and foodstuffs industries employing a portion of the 400,000 Syrians working informally.

The paid-in capital of the 4,000 or so Syrian firms in Turkey  was accounted to around $220 million in 2015. This amount excludes informal firms and funds invested directly into the economy via real estate deals, business transactions using front companies, etc. According to the Syria Trade Office, a consultancy in Mersin, at least $10 billion of Syrian money has flowed into Turkey since 2011, with most of this amount flowing to its southern provinces. Although this may seem small in the context of an $800 billion economy, the impact in provinces nearer to Syria and on Syrian businesses in larger cities like Istanbul’s “Little Syria” is significant.

An announcement in Turkey’s Official Gazette said work permits would be granted to refugees who have fled to the country to escape the conflicts in their homeland.

It did not specify nationality, but the measure chiefly applies to the over 2.2 million Syrians who have fled the almost five-year conflict for the safety of Turkey, as well as some 300,000 Iraqis.
Source: Brookings.edu
Last Mod: 23 Mart 2016, 10:45
Add Comment