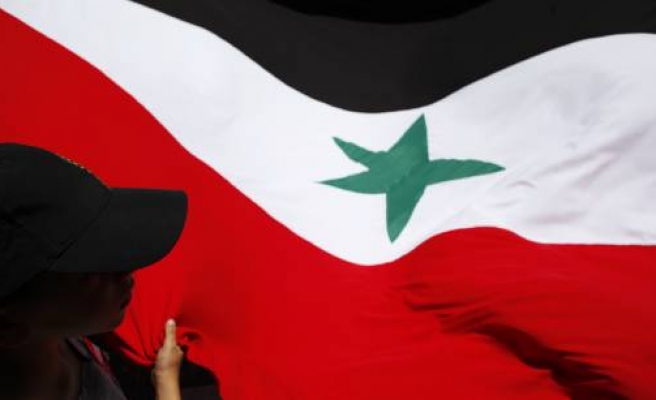 The Central Bank commission responsible for combating money laundering and terrorism financing said they should only offer foreign currency when there was "economic justification" for the transaction.

Sales of foreign currency to Syrians travelling abroad should be made one day before departure, with a maximum two transactions per year. Banks should obtain a commitment that any money not used be changed back within a week, SANA said.

The Central Bank commission also limited the amount of foreign exchange Syrians could buy -- except where there was economic justification -- to the equivalent of $1,000 per month, with a maximum three transactions per year.

Syrian officials say the Central Bank reserves stood at around $18 billion before the protests against President Bashar al-Assad erupted in March. But regional bankers say the reserves have been diminishing by around $70-$80 million a week as the bank has sought to support the Syrian pound exchange rate.

The official exchange rate stands at 47.4 pounds to the U.S. dollar, but dollars are changing hands on the black market at 51 pounds to the dollar and above.