With the influx of refugees in Turkey numbering 2 million, a growing number of Syrians have established companies and businesses, helping the economy flourish. 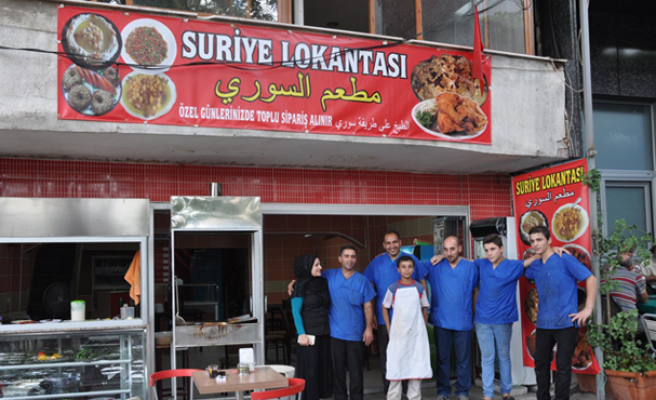 With the number of Syrians seeking refuge in Turkey to escape the civil war exceeding 2 million, a portion of them have established their own business. The Chamber and Commodity exchange of Turkey (TOBB) has released data showing that out of a total of 4,736 businesses established with foreign partners, 1257 were with Syrians, 302 with Germany and 275 jointly with Iraq.

The Customs and Trade Ministry as well as the Central Registry have found that there are 676 businesses registered to Syrians in Gaziantep. Businesses with Syrian partners include 7 anonymous companies, 327 limited liability, 18 private businesses, 5 joint stock with Syrian representatives, 288 limited companies, 18 private companies, with 13 branches bringing it to a total of 676 businesses. The Tradesman and Craftsmen Information Systems also show that there are 7 different artists and craftsmen in Gaziantep.

76.43% of the total capital of foreign joint-owned company formed a joint share of foreign capital. Of these companies, 1,736 are wholesale and retail trade, repair of motor vehicles and motorcycles, 746 are in manufacturing and construction. Foreign joint-owned companies that were established in 2013 were numbered to be 3,875 with 489 of these had Syrian partnerships.