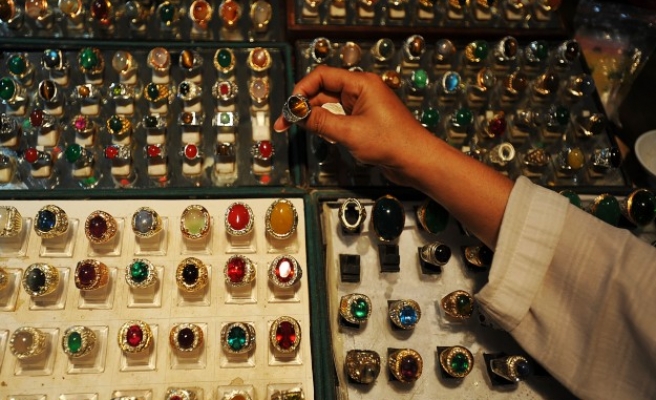 Smuggling is denying Tanzania some 80 percent of receipts accrued from Tanzanite – a precious gemstone so far only found in the country from which it derives its name.

"While Tanzania exported only $38 million worth of Tanzanite in 2013, Kenya and India's exports of the precious gemstone were valued at $100 and $300 million, respectively," Ministry of Energy and Minerals Commissioner Paul Masanja told The Anadolu Agency.

"These are official figures of the governments of these countries," he said in an interview held on the sidelines of Arusha's Third International Gem Fair.

Tanzanite is only found and mined by 565 small-scale mining companies and one large-scale one in the Mirerani area of the Simanjiro district in Northern Tanzania's Manyara region.

More than 500 participants from all over the world are attending the fair in Arusha, which is organized by the Energy and Minerals Ministry and mineral dealers association.

The government hopes to raise more from this year's fair than the $4.5 million raised at last year's fair.

Masanja asserted that the Tanzanian government will leave no stone unturned to stem the smuggling of Tanzanite.

The government will also establish a fence surrounding the mines at the 10-square-kilometre Mirerani Controlled Area (MCA).

"The rules of the Mirerani Controlled Area required each miner to recruit workers and provide them with identity cards in a bid to control entrance and exit from the mines," Masanja said.

The government is also planning to build a "Mineral House" in Arusha, where minerals can be traded under government supervision.

"The construction of the Mineral House will be the panacea to the vice [smuggling], as no license would be issued for trading minerals outside the would-be one-stop-center complex," Masanja explained.

He said the government had already stationed mining inspectors at airports and at all border points to counter smuggling.

He pleaded with local dealers, who he accused of contributing to the Tanzanite smuggling, to use certificates-of-origin when exporting the gemstone to ensure that state coffers obtained sufficient receipts.

Masanja said the government was in the process of bringing before parliament a proposed amendment to the current mining law that would allow the mining commissioner to confiscate all minerals found to have been illegally exported.

Energy and Minerals Ministry Deputy Secretary-General Ngosi Mwihava, for his part, urged Tanzanians to join hands with the government in the fight against mineral smuggling by providing information to government agencies and authorities.

"Without public support, the government's effort to combat mineral smuggling will be in vain," he said. "Every Tanzanian citizen has a duty to play a role in fighting all illegal trade in our natural resources."

Chairman of the Tanzania Minerals Dealers Association, Sammy Mollel, admitted that some of his colleagues illegally exported not only Tanzanite, but also other precious minerals, denying the country needed revenue.

"Some association members use the elasticity of jewelers licensing to smuggle minerals," he said.

"The government should change current procedures by putting jewelers licensing under the control of the Energy and Minerals Ministry to simplify control," Mollel added.