The initial round of compensation claims will cover lost income, psychological suffering and costs for transportation and lodging, among other things, between March 11 and Aug. 31. 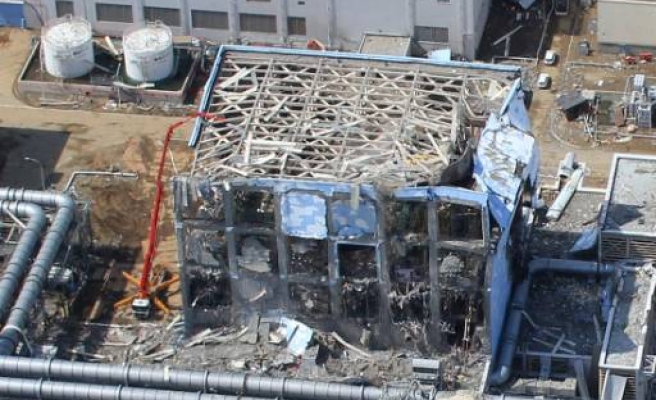 Tokyo Electric Power unveiled the first details on Tuesday of how it would compensate Fukushima residents for lodging and other costs stemming from their evacuation of areas close to its crippled nuclear plant.

The payments, due to reach victims in October, nearly seven months after the start of the nuclear crisis, mark just the first round in a series of state-supported outlays that some analysts estimate could climb as high as $130 billion.

About 80,000 people were evacuated from a 20 kilometre radius around Tokyo Electric's Fukushima Daiichi plant, which has been leaking radiation since a March 11 earthquake and tsunami triggered a meltdown of reactor cores.

Tokyo Electric and the government have come under fire for their slow response to the crisis. Many of the evacuees are still living in shelters or temporary homes, and the effort to decontaminate the area has just begun.

"We again apologise deeply for our Fukushima accident, which has caused trouble and concerns among people around nuclear plants, among the people of Fukushima and Japan as a whole," Tokyo Electric Managing Director Naomi Hirose told a briefing.

Underscoring the unprecedented scale of the task ahead, Tokyo Electric said it would mobilise about 6,500 employees and contract workers to start accepting compensation claims at field offices and call centres from Sept. 12.

The initial round of compensation claims will cover lost income, psychological suffering and costs for transportation and lodging, among other things, between March 11 and Aug. 31.

Property damage and other claims that will take longer to assess will be dealt with at a later date.

After the first round for the period ending this month, Tokyo Electric plans to accept claims at an interval of every three months, Hirose said.

Tokyo Electric, which serves Tokyo and surrounding areas, has already handed out provisional cash payments to some cash-strapped evacuees, but the plan outlined on Tuesday represents its fist attempt at damage compensation.

Among its guidelines, the utility said it would pay 5,000 yen ($65) per person for transportation within the same prefecture, up to 8,000 yen per day for hotel expenses and 5,000 yen to cover cleansing to deal with radiation exposure.

Tokyo Electric said a typical family of four where the husband was the sole breadwinner making 270,000 yen a month would be paid about 4.5 million yen, including 2.8 million yen for psychological suffering.

Claimants will be asked to fill in forms and attach evidence, such as receipts, a doctor's note or documents confirming income. Tokyo Electric said it would check with hotels and hospitals in the case victims didn't have receipts.

Tokyo Electric already booked about 400 billion yen ($5.2 billion) in compensation costs during its fiscal first quarter that ended in June.

It will need the support of a government-backed fund, due to be set up soon, to stave off bankruptcy. The fund will be financed with taxpayers' money and contributions from other utilities, which Tokyo Electric will pay back over several years.

As a condition for receiving the fund's money, Tokyo Electric is required to submit a restructuring plan, which Hirose said the firm wanted to do in September. ($1 = 76.985 Japanese Yen)