The ECB confirmed Executive Board Member Juergen Stark, the central bank's chief economist, would leave "for personal reasons" by the end of the year once a replacement was found. 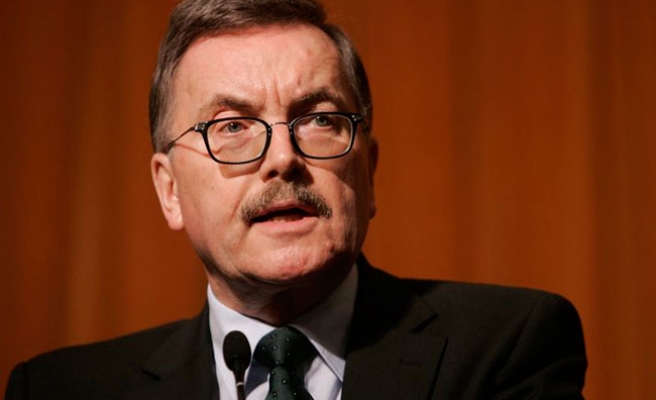 The top German official at the European Central Bank resigned unexpectedly on Friday in conflict with the bank's policy of buying government bonds to combat the euro zone's debt crisis.

The ECB confirmed Executive Board Member Juergen Stark, the central bank's chief economist, would leave "for personal reasons" by the end of the year once a replacement was found, after Reuters reported exclusively that he had quit.

The euro fell and shares tumbled in Europe and on Wall Street on the shock development, which laid bare a rift inside the central bank over the handling of the worsening debt crisis, and could undermine German public support for the euro.

While Stark gave no public explanation for his resignation, he sent an article to German financial daily Handelsblatt for publication next Monday in which he said the only solution to the debt crisis was for governments to cut spending.

ECB bond-buying stemmed market contagion to Italy and Spain that threatened to overwhelm the euro zone's defences in August, giving governments a breathing space to work on policy solutions to the worst crisis in the single currency's history.

The hawkish Stark's departure, almost three years before his term is due to expire in May 2014, may deepen the gulf between the ECB and German guardians of central banking orthodoxy.

In Marseille for a G7 meeting, German Finance Minister Wolfgang Schaeuble said he regretted Stark's decision but he expected another German, just as committed to stability policies, would take his ECB seat.

A German government source said Stark had told the ECB board on Thursday of his intention to go and notified the German Finance Ministry, yet the news appeared to cause stress in Schaeuble's delegation on Friday.

A source familiar with the matter said Schaeuble's deputy, Joerg Asmussen, a pragmatic civil servant who has been at the heart of financial crisis management, would be nominated to replace Stark on the ECB's executive board.

Former Bundesbank President Axel Weber, who had been the frontrunner to succeed ECB President Jean-Claude Trichet when he retires at the end of next month, resigned and withdrew from the race in February in protest at the same policy, which critics see as improperly monetising government debt.

"It is a position that all the Germans have. This is a sign of huge problems within the central bank. The Germans clearly have a problem with the direction of the ECB."

Some economists said it was a sign that the hardliners were in retreat and the ECB was becoming more dovish. "The last hawk is leaving the sinking ship," ING analyst Carsten Brzeski said.

Trichet made an emotional defence of the bank's performance against German criticism at a news conference on Thursday, his voice quivering with anger as he declared that the ECB's record of inflation fighting in Germany over the last 12 years had been better than the Bundesbank's.

Stark was one of four members of the ECB's policymaking governing council who sources said voted against last month's controversial decision to revive the dormant bond-buying programme and start buying Italian and Spanish debt after the two countries' borrowing costs ballooned.

Since then the ECB has bought 56 billion euros in bonds, significantly reducing Italian and Spanish spreads over benchmark German Bunds, on top of the 76 billion euros in Greek, Irish and Portuguese bonds it had bought since May 2010.

While most policymakers, including Draghi, declined comment, Austrian ECB governing council member Ewald Nowotny, a policy dove, said the ECB's basic direction would not be affected by Stark's departure.

German Chancellor Angela Merkel said Stark stood for a "culture of stability" in the euro zone to which her government strongly adhered.

Two days after the German constitutional court upheld the legality of euro zone bailouts so far, she said the European Union would have to enact treaty changes to strengthen cooperation in the debt crisis.

The news added to uncertainty over the position of Greece, the country where the euro debt crisis began in late 2009.

A debt swap meant to help Greece avoid default and win time to repair its tattered public finances hung in the balance on Friday with expectations of take-up by private creditors fluctuating amid fierce European pressure on Athens.

Banks and insurers were due to indicate whether they intend to join the bond exchange, part of a planned second international bailout package agreed in July which is in doubt due to Greece's failure to meet its fiscal targets.

Officials expect a take-up rate of above 70 percent but well short of the 90 percent target, which would see 135 billion euros ($189 billion) of Greek bonds maturing by 2020 swapped or rolled over in a global transaction.

The head of the Greek public debt management agency said responses had started coming in and looked positive. But he said no figure would be given on Friday or next week.

Greece had threatened to cancel the deal unless it got 90 percent participation but is in no position to walk away as it already faces the threat of its EU partners blocking bailout loans if it does not improve its debt-cutting performance.

Germany and its north European allies made private sector involvement one condition for a second rescue of Greece by international lenders, but it is unclear how any shortfall will be met if participation is lower than initially forecast.

Markets are worried not only about the debt swap but also over an impasse in Athens' negotiations with the European Union and the International Monetary Fund, and the wider impact of the euro zone debt crisis for banks' solvency.

Speaking before the G7 meeting, Lagarde said: "We must not underestimate the risks of a further spread of economic weakness, or even a debilitating liquidity crisis. That is why action is needed so urgently so that banks can return to the business of financing economic activity."

Speaking after the G7 meeting, ECB board member Christian Noyer acknowledged there was extreme tension in capital markets towards all European banks but said Greek debt did not represent a threat to any bank outside Greece.

EU and IMF inspectors suspended talks and went home last week after Greece admitted this year's budget deficit would be well above the target set in its first 110 billion euro rescue programme and failed to present a draft 2012 budget.

European partners have since heaped pressure on Athens, warning it will not get the next 8 billion euro tranche of loans due this month if it does not improve fiscal discipline.

Some senior politicians in Germany, the Netherlands and Finland have suggested Greece may have to leave the euro zone and governments in northern Europe are under pressure