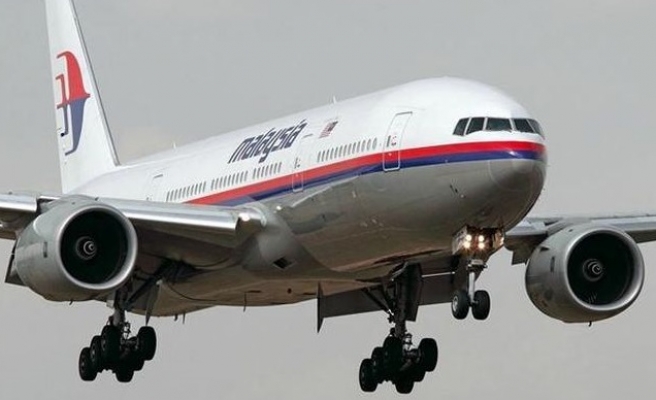 Malaysia Airlines (MAS) will slash nearly a third of its 20,000 workforce and cut back its global route network as part of a radical 6 billion ringgit ($1.9 billion) restructuring following the devastating impact of two jetliner disasters.

The 42-year-old company will be de-listed by the end of the year under the broad revival plan announced by state fund Khazanah Nasional on Friday that aims to bring long-elusive efficiency and global standards to the loss-making carrier.

The 6,000 job cuts were higher than expected by the industry and mark a painful new blow for staff after a traumatic year for the national flag-carrier and the Southeast Asian country. Khazanah, which owns a majority stake in MAS, said it would invest in "re-skilling" those who lose jobs and pledged to set up a panel to improve often rocky relations between unions and management.

"We believe that the 6 billion is not a bailout, we believe it will be recovered with re-listing," he said.

Khazanah, which currently holds a 69 percent stake in MAS, will take 100 percent ownership when the carrier is de-listed. The state fund said this month that it would pay 1.4 billion ringgit to buy out minority shareholders.

Under the restructuring plan, which was approved by Malaysia's cabinet this week, MAS' assets and liabilities will be transferred to a new company with Khazanah injecting up to 6 billion ringgit.

Khazanah aims to return MAS to profit by 2017, and re-list the airline within five years, by which time it would be a more regionally focused airline "with lower cost structure and greater emphasis on revenue yield management," the state fund said in a statement.

An international search for a new chief executive was underway, Khazanah said, and the current CEO Ahmad Jauhari Yahya would stay on until July next year.

Khazanah, which has injected more than 5 billion ringgit into MAS over the last 10 years, said its new fund injections would be strictly tied to the new company meeting performance targets.

"Success is by no means guaranteed," Khazanah said.

Airline industry players said the revival plan appeared to be far more comprehensive and radical than several others that have been announced since MAS began struggling in the late 1990s after a period of rapid growth.

"The plan that has just been announced is comprehensive, credible and adequate even if painful for MAS staff and other stakeholders," said Bertrand Grabowski, DVB Bank's managing director in charge of aviation. DVB is a banker to MAS.

"It is comprehensive because it touches all the key weaknesses that the airline has not being addressing for years - an overstretched network and fleet in an ever more competitive environment, short haul and long haul."

The drastic downsizing caps a wrenching year for the airline following the unexplained disappearance of Flight MH370 en route from Kuala Lumpur to Beijing in March and the shooting down of Flight MH17 over Ukraine in July.

Even before those deadly tragedies, MAS had been steadily falling behind high-end rivals such as Singapore Airlines and been battered by the rise of Asian budget carriers like AirAsia.

The company hasn't made an annual profit since 2010 and on Thursday revealed deepening losses and warned of more to come as nervous travellers steered clear of it after the disasters.

The restructuring is a bold move by the long-ruling government, which has used state firms such as the national airline as social tools to create jobs and reinforce policies favouring majority ethnic Malays over other races.

The main union at MAS has close ties to the ruling UMNO party - and has successfully resisted previous restructuring attempts.

"If we seek a different outcome from past experiences, we must have the courage to choose a different method," Malaysian Prime Minister Najib Razak said in a statement.

"Piecemeal change will not work."

The executive secretary of the main MAS workers union, Jabbarullah Kadir, declined to comment on the restructuring plan, saying the union had not yet agreed a position on it.

Khazanah said it aimed to reduced MAS' net gearing to as low as 100 percent from 290 percent currently through debt-to-equity swaps. It said it had already secured a commitment from Malaysia's civil servants' pension fund to swap 750 million ringgit of Islamic bonds for equity.

The state fund did not give details on plans to reduce the carrier's flight network, but said several of its European destinations would be reviewed. Malaysia Airlines will retain global flight connectivity through the Oneworld alliance and code-sharing, Khazanah said.