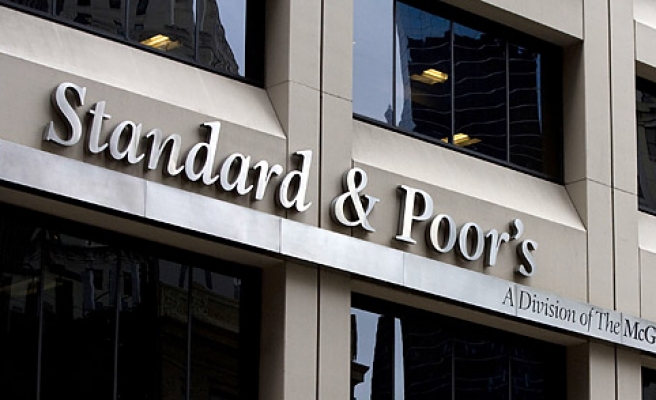 However, senior S&P's credit analyst Moritz Kraemer told Anadolu Agency that Turkey, which ranked third on S&P's list, is not comparable to Ukraine.

Emphasizing that the only common characteristics Ukraine and Turkey have is their need for capital inflows; Kraemer said Ukraine's situation is completely different than Turkey's.

“The creditworthiness of Turkey is not comparable with Ukraine, as reflected in the much lower (7 notches) foreign-currency rating of the latter,'' Kraemer said. ''Ukraine has many problems Turkey does not. But they share one characteristic, which is their dependency on cross-border capital inflows.”

The European Union says it's ready to provide $15 billion in loans and grants to Ukraine in the years ahead, as the country has been in turmoil since protests began against former president Viktor Yanukovych’s refusal to sign an EU trade deal in favor of economic ties with Russia.

While the Ukrainian interim government is in urgent need of economic assistance, Turkey, which paid its last loan to the International Monetary Fun in May last year, was ranked first place in terms of increasing its workforce among 32 countries in developed and developing regions, according to the IMF.

S&P released a report over emerging economies on February 5, stating that the current market situation is not expected to cause wide scale rating operations.

The reports said the main risks are the effects of the US Central Bank's decisions on emerging economies and domestic politics.

In February, S&P revised Turkey’s credit outlook from stable to negative, while keeping its credit note as BB+.

Another S&P analyst, Frank Gill, said in February that the company has not projected a hard landing for Turkey.