Turkey borrows $1 bln from US Eximbank for energy projects

U.S. Eximbank and the Turkish Energy Ministry signed a memorandum of understanding for a total of $1 billion loan, the country's energy minister, Yildiz, said. 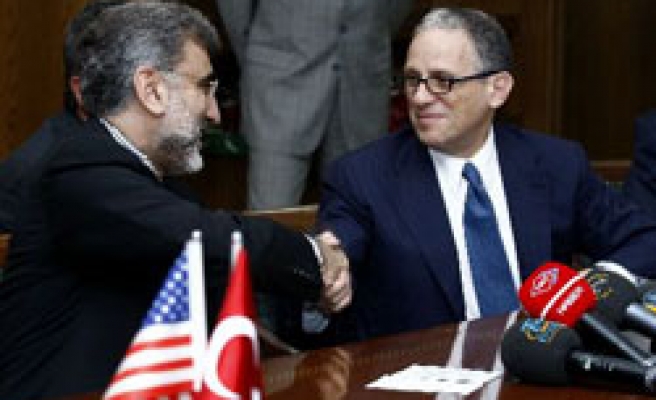 The U.S. Eximbank and the Turkish Energy Ministry signed on Thursday a memorandum of understanding for a total of $1 billion loan to finance renewable energy projects in Turkey, the country's energy minister, Taner Yildiz, said.

The agreement was signed during a visit of Director of the U.S. Eximbank Fred Hochberg to Ankara, where Yildiz and Hochberg also held a meeting together with accompanying delegations.

Yildiz said Turkey was among a group of nine countries which the U.S. Eximbank designated as countries of primary focus for exports and investments.

Hochberg said on his part that the U.S. was eager to boost economic relations with Turkey after years of cooperation on national security, adding that his country was willing to help Turkey reduce dependence on foreign energy resources.

Hochberg said agreement for the $1-billion loan would come with an 18-year repayment term, adding that further deals for more U.S. Eximbank loans could also be planned.

"These are the companies that can offer Turkey the best technology for best prices," Hochberg said.