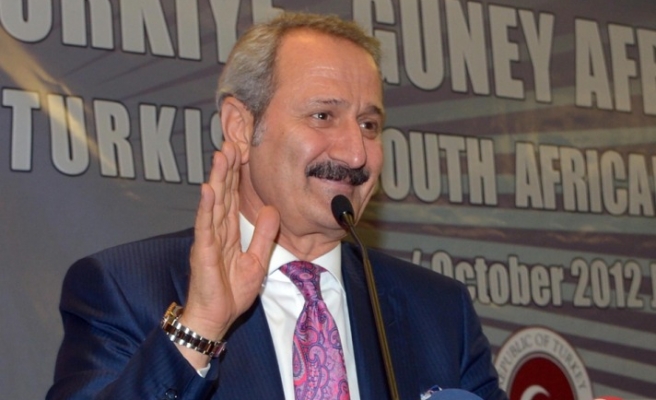 Caglayan came together with Kosovan Deputy Prime Minister and Trade and Industry Minister Mimoza Lila to pen the free trade agreement (FTA) between Turkey and Kosovo in Turkish capital Ankara.

Caglayan stressed that, as the Economy Minister of Turkey, his duty was to encourage investments in Turkey.

"As far as the issue is concerned with Kosovo, we encourage Turkish investors to make investments in Kosovo," he added.

Caglayan reminded that Turkey and Kosovo had previously penned agreements on the prevention of double taxation and on investment promotion.

"Now we are building a highway through this FTA, so Turkish and Kosovan investors can travel safely and quickly on this highway (between Turkey and Kosovo)," the minister said.

Deputy Prime Minister Lila said that they, as Kosovo, penned the first FTA with Turkey.

"With this FTA, the doors of Kosovo will be opened for Turkish investors," said Lila.

Lila also said that 2,300 Turkish products including 500 agricultural products will enter Kosovo duty-free with this FTA.