Turkey could benefit from VW scandal 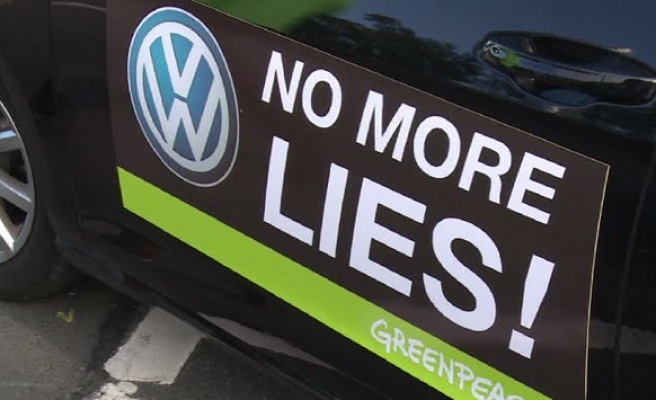 The scandal at Volkswagen could provide opportunities for Turkish auto components exporters, experts claimed on Friday.

Volkswagen, on Sept. 22, admitted that 11 million of its diesel cars used an emissions control device that employed software to cheat emissions tests.

The software switched on during tests, and then turned off when the car was on the road, with vehicles then emitting noxious gases at a 40 percent higher rate than that permitted by law, according to the U.S. Environmental Protection Agency.

“As many key European players produce vehicles in Turkey – FIAT, PSA, Renault, Ford, Honda, Toyota and Hyundai, among others – some of this loss for VW could translate into a gain for car production in Turkey, and in turn, for the parts sector,” King said. Turkish automotive exporters could see a similar benefit, he added.

King forecasts that the scandal will cost the VW Group the loss of sales of 300,000 vehicles this year.

There will certainly be competition among automotive suppliers to fill opportunities created by expansion at Volkswagen’s competitors, explained Christopher Dembik, an economist with Saxo Bank on Friday.

“Here, the decline in the value of the lira will give Turkish automotive exporters a competitive edge.”

Around 75 percent of automotive production in Turkey is destined for foreign markets. Germany is Turkey’s biggest client, taking $2.1 billion in automotive exports in 2014.

So Turkey is well-positioned to take advantage of these market changes, King said, adding: “Intriguingly, the VW Group does not produce vehicles in Turkey and so any defection from consumers to other carmakers will benefit Turkish automotive suppliers,” he added.

There is, however a danger that the scandal will reflect on all diesel cars, King pointed out.

This could sour consumers on purchasing diesel cars, according to a report by Zacks Equity Research released on Thursday, that could lead to more stringent regulations on diesel engine emissions.

The question now is: how will the Turkish automotive sector respond?

Euromonitor’s Neil King says: “Assuming no other OEMs [original equipment manufacturers] are implicated, I can envisage marketing campaigns which promote low-emissions vehicles and especially diesels but also with a core focus on honesty and trust in their products and emissions/fuel consumption figures.

“However, we could also see the VW Group lowering prices or introducing incentives (in the form of attractive financing deals and/or higher standard equipment) and that could see other carmakers following suit. For automotive suppliers, we could, of course, see increased competition for supply contracts coming from those companies especially exposed to VW and/or diesel,” King added.

For Saxo Bank’s Dembik "Turkish producers have the know-how, and the positioning to take advantage of these opportunities."