Turkey's state minister for foreign trade said that Turkey exceeded 1 trillion USD of gross domestic product in current prices for the first time in its history. 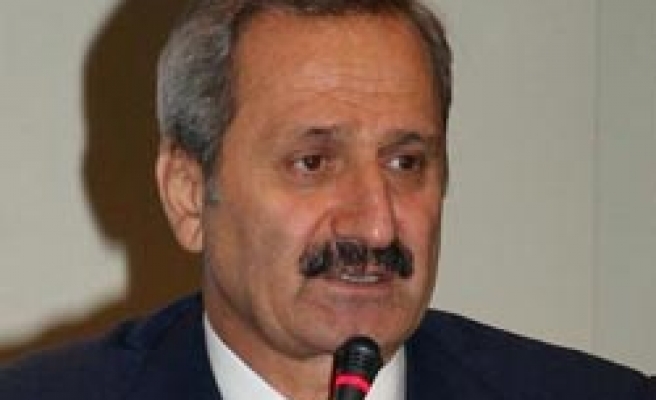 Turkey's state minister for foreign trade said on Tuesday that Turkey exceeded 1 trillion USD of gross domestic product in current prices for the first time in its history.

"This is a historic and promising development," Caglayan told reporters after his meeting with Canadian Agriculture Minister Gerry Ritz in Ankara.

Caglayan defined the figures as a development that could help set a horizon for Turkey's future.

Exports were the locomotive of Turkey's economy, and the rise in exports led to growth, production and investments, Caglayan said.

Caglayan said Turkey could have grown more if the economic slowdown in European markets, which were significant trade partners of Turkey and to which Turkey was making more than 50 percent of its overall exports, had regressed.

The minister compared Turkey with European Union (EU) member states, and said Turkey would have a higher GDP in constant prices at the end of this year when compared with 2008.

"This indicates how dynamic and strong Turkey's economy is," he said.

Caglayan described the growth in manufacturing industry around 25.8 percent as the highest growth figure observed so far.

Construction industry had started to grow again, Caglayan said which he defined as a pleasing development.

Caglayan said Turkey's exports would be up if recovery in Europe speeded up.

The minister referred to Sunday's referendum which resulted in approval of constitutional amendments by the nation, and said the referendum raised optimism in markets.

"Consumer confidence indices will go up, expectations will be better, which will revive domestic market and increase growth," Caglayan said.

Turkish economy grew 10.3 percent year-on-year in the second quarter of 2010,

TurkStat said that the economy grew 11 percent in the first half of 2010.

The gross domestic product increased by 17.1% to 268.4 billion Turkish lira year-on-year in the second quarter of 2010 in current prices (One U.S. dollar equals 1.5 TL). It rose by 10.3 percent in constant prices in the same period.