Eroglu and Gong decided to establish an "Afyonkarahisar-China Working Group". 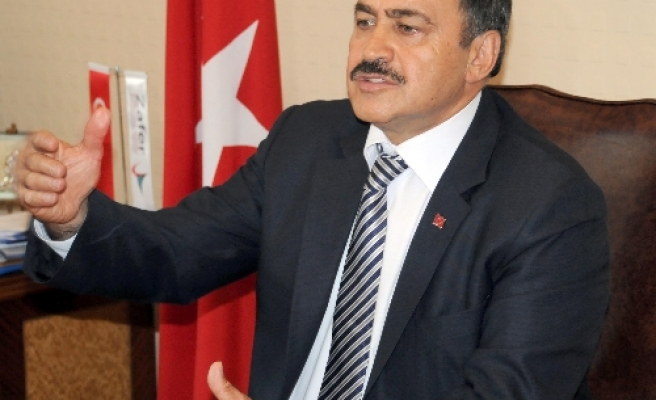 Turkish Forestry and Water Works Minister, Veysel Eroglu, said Friday that they were working so that the Turkish-Chinese trade volume reaches 100 billion USD before 2023.

Minister Eroglu met with the Chinese Ambassador in Ankara, Xiaosheng Gong, over breakfast in the central Anatolian province of Afyonkarahisar on Friday.

Speaking at the breakfast, Eroglu said that Turkey progressed each passing day.

I hope that we can establish an Afyonkarahisar-China Working Group, Eroglu said.

Last year, when the Chinese premier visited Turkey, a decision was taken to raise the Turkish-Chinese trade volume to 100 billion USD by the year 2023. We are now working to realize this target, Eroglu said.

Our friendship with China will continue. We have commercial agreements with China in the fields of hydroelectric power plants and rail transportation. The current trade volume is not sufficient. We need to increase the trade volume with China, Eroglu said.

Ambassador Gong, in his part, said that, in order for the Turkish-Chinese trade volume to grow, businesspeople from Afyonkarahisar needed to invest in China.

We want to import more goods from Turkey. The number of Chinese tourists visiting Turkey continues to grow each year, Gong said.

Turkey is a rich country from the perspective of energy. We can make mutual investments in energy, Gong said.

Eroglu and Gong decided to establish an "Afyonkarahisar-China Working Group".